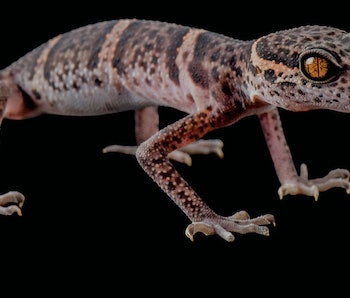 An estimated 23,000 animal species around the world are in danger of becoming extinct. Efforts to save them range in scope and ambition: Test tube baby technology, expansive wildlife trafficking laws, and new drone monitoring systems have all been proposed as a means of animal protection. However, two scientists have recently proposed a new way to keep these species safe that puts the responsibility directly on the researchers trying to preserve them: Stop poachers from reading science journals.

In an essay published Thursday in Science, professor David Lindenmayer and postdoctoral fellow Benjamin Scheele, both biologists at the Australian National University, argue that to save endangered species scientists need to be careful about how much they talk about the endangered species. They’re referring, specifically, to the act of publishing online available papers that include information about where to find the animals being documented.

“Biologists must urgently unlearn parts of their centuries-old publishing culture and rethinking the benefits of publishing location data and habitat descriptions for rare and endangered species to avoid unwittingly contributing to further species declines,” they write. “Restricting information entails some costs, but these must be weighed against the increasing harm of unrestricted information accessibility.”

While it may seem like a stretch to imagine poachers scanning through Nature or Cell to find their next kill, Lindenmayer and Scheele point out that this is already happening. Scientists talking freely about species location, they say, has triggered a surge in wildlife poaching: For example, 20 newly discovered reptiles have already been targeted by poachers because academic papers published online made it so easy to find their locations.

Publishing location data also causes inadvertent negative effects beyond poaching. The authors note that even people with the best intentions can do serious damage: Nature enthusiasts, like bird watchers and insect collectors, use online access to species information to find the critters, often leaving intensive habitat damage in their wake. Furthermore, public clamor to get to the world’s rare creatures can hurt the relationship between the scientists and the landowners in areas where the critters live. Lindenmayer and Scheele have personal experience with this: They were granted a special permit from farmland owners in Australia to study the endangered pink-tailed worm-lizard, but when they published their open-access paper on it and the public began to trespass on the farmland to find the animal, the scientist-farmer relationship grew tense.

This is not to say that the researchers are calling for a ban on open-access journals. They just think that the information included about species location can be withheld. Much like paleontologists and archeologists restrict information on site locations to limit plundering, biologists could do the same. They even made a guide explaining when that information should be withheld:

Data accessibility has its obvious benefits — fostering collaboration between scientists, providing data necessary to make the case for better environmental regulations and laws, and providing the updated information necessary to understanding the full situation of each species. But if the price is accidentally doing harm to the animals they’re hoping to protect, scientists and the journals who publish their work may want to be more mindful.