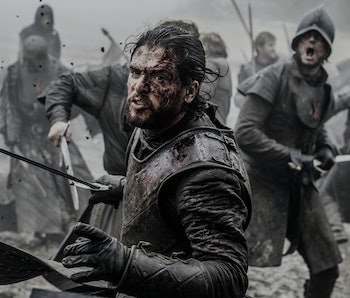 Just when you thought the weather couldn’t get weirder, winter is coming during the summer this year.

Game of Thrones Season 7, which also happens to be the show’s second to last season, is set to premiere on July 16. Starting then, you’ll want to clear your summer Sunday evenings for seven weeks (an abbreviation from the typical ten-week season).

More on how to prepare for Game of Thrones Season 7 is below — aka there are spoilers.

Season 6 left the Seven Kingdoms upended. In King’s Landing, Cersei blew up the Sept, killing most of House Tyrell. After her last living child King Tommen subsequently jumped out of a window, Cersei took the throne for herself.

It was a shocking, satisfying power grab that will surely surprise Tyrion, who has just signed on to be the Hand of her rival.

Speaking of Cersei’s rival, after six seasons of wandering around Essos, building armies, and having shaky success at ruling and reforming, Season 6 ended with Daenerys finally setting sail for Westeros. Newly released Season 7 photos show her riding one of her dragons in battle. This means that shockingly, Cersei won’t be welcoming a Targaryen usurper with open arms. It also means that Daenerys and Jon Snow will finally meet, after spending six seasons as the two most isolated characters.

Meanwhile, in the North, Jon Snow has ascended to be King in the North. Unbeknownst to him, Bran Stark has discovered Jon’s true heritage through his visions of the past. Jon is not the son of Ned Stark and a random lowborn woman but rather Ned’s sister Lyanna Stark and Daenerys’s deceased older brother Rhaegar Targaryen. This gives him claim to the throne.

Between Jon, Daenerys, and Cersei, Season 7 is poised to be the biggest clash of kings (and queens) the show has had yet.