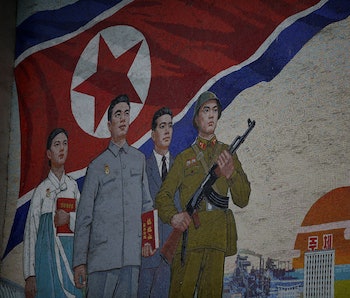 In North Korea, everything is censored. The totalitarian regime in power has kept the nation closed off to the world since the end of the Korean War in 1953. While the people of North Korea suffer, the country’s ruler, Kim Jong-un, constantly plays a dangerous game of nuclear brinksmanship with South Korea, Japan, China, and the United States.

Under President Donald Trump, tensions with North Korea have stretched, and most Americans see the specter of North Korea as a shadowy force in East Asia, with the prospect of nuclear war seeming less and less impossible every day. But throughout this narrative, the voices of the North Korean people, or any actual insight into the society north of the DMZ, is often lost. Here are five of the best books to read to fix that.

Paul French’s North Korea: State of Paranoia is a phenomenal general history to start with. This is more of a big-picture book — written by an outsider looking at the country in the broader scope of geopolitics and history. If you want to understand how North Korea relates to its neighbors, and why it won’t stop testing bombs, this is where you start.

Kim Jong-un, the current ruler, has been making his own mark on the world stage since coming into power, but it was his father, Kim Jong Il, who really shaped the totalitarian regime. Dear Leader is an insider’s account by Jang Jin-sung, an official poet for the regime who saw the inside of the country’s privileged elite before fleeing the country. Like many books on the country, some of its details are impossible to confirm, but it’s nevertheless “a major contribution to understanding what appears to be a nation impossible to understand,” according to the Guardian.

3. Nothing to Envy: Ordinary Lives in North Korea

Nothing to Envy is journalist Barbara Demick’s exhaustively researched look into the lives of citizens of North Korea. Demick’s work follows six North Korean subjects over 15 years under the regime, humanizing and shedding light on the plight of the ordinary person under the country’s dictatorship.

Long-time international correspondent Blaine Harden tells the true, terrifying story of Shin Dong-hyuk, the only person born in one of North Korea’s oppressive gulag prison camps to escape to the outside world. Dong-hyuk’s story is a testament to the inhumanity of the North Korean regime and to the humanity of its citizens alike. It should be vital reading for anyone who would place blame for the country’s transgressions on the common people, who are all, in some ways, captives of a ruthless dictator.

The Accusation is perhaps the most important book on this list, and the story behind it is just as crazy as the work it contains. The book, which is comprised of seven short stories about life under the regime, was hand-written in a manuscript and smuggled over the border by a hired agent using a careful set of bribes. The New York Times, in this great piece on the work, called it a “a fierce indictment of life in the totalitarian North.” The author, Bandi (Korean for firefly), still lives in the North, and his identity has to be kept secret by the human rights activists who published the book. Proceeds from the book will benefit Bandi’s family and other written work from refugees from the North.

More like this
Culture
Sep. 16, 2022
How an ultra-nationalist religious group became one of the most popular film producers in Japan
By Alicia Haddick
Culture
Sep. 15, 2022
The cults that survive even when the prophecy fails
By Peter Ward
Culture
Sep. 15, 2022
5 years ago, Nicolas Cage made his most disturbing movie ever
By Laura Kelly
Related Tags
Share: