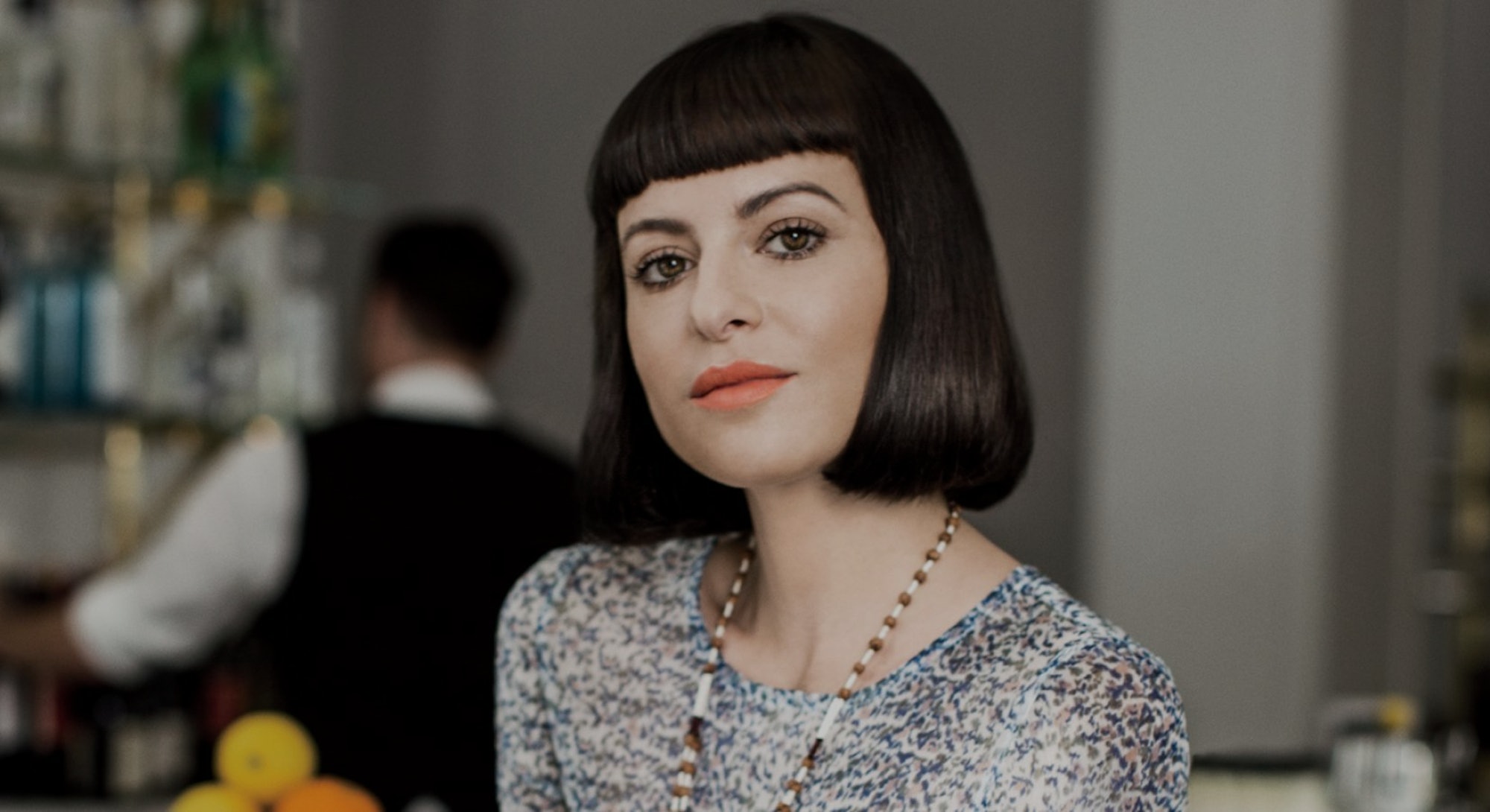 If you’ve even dipped your little toe into the media coverage surrounding the new Netflix series Girlboss, you’ll know that most viewers have felt let down by the rom-com romp through San Francisco. Based on the real-life story of Nasty Gal founder Sophia Amoruso, and her bestselling memoir #GIRLBOSS, the show is just not very good, presenting us with a version of events that favors millennial caricature over really digging into its protagonist’s guts in any meaningful way.

And it’s a shame that it happened, because Girlboss could have been a game-changing character study in the right hands.

If you’re not acquainted with the real story of self-made business mogul Sophia Amoruso (I’m calling her Real Sophia), who the show reminds us at the top of every episode is the “real loose” basis for the girl boss in Girlboss, it’s got all the makings of a Social Network-style story that would get nominated for a couple Golden Globes but probably not win any. TV Sophia lacks this depth, and intentionally so. The book is a really interesting, sometimes unsettling study in online business — a young woman as both company CEO and personal brand, which overshadows the fact that the Nasty Gal business was built on a shaky foundation from day one. The TV show mostly ignores this, so a brief recap:

Nasty Gal was started by Amoruso in San Francisco in 2006 as an eBay business and quickly became an online vintage reselling overnight success story. The company left eBay for its own online storefront in 2008; some said this was because Amoruso was not playing by the rules of the site, but regardless, the new Nasty Gal instantly became a successful independent entity. The company continued to grow and thrive through the early 2010s, peaking last year at around $300 million in sales before taking a series of business hits that led to their filing for Chapter 11 bankruptcy in late 2016. That prompted Amoruso to step down as executive chairwoman and ultimately led to the sale of the company to British e-commerce site Boohoo.com in February of this year.

Since the production of the show was announced in February 2016, it’s unclear how much those involved in the Netflix Girlboss production knew about what was going on in the background of Amoruso’s life while the series was being made. At the time of the announcement, Real Sophia had recently stepped down as chief executive of Nasty Gal and was dealing with some gnarly exposes regarding the treatment of her largely female workforce. According to a series of pieces published by Jezebel in the back half of 2015, Amoruso and her company were accused of laying off pregnant employees before or during their maternity leave, as well as firing an employee who was awaiting an organ transplant.

This came on the heels of a similar accusation by an employee whose position was “eliminated” and health insurance taken away as she waited for a much-needed kidney transplant. Other criticisms focused on Amoruso’s increasing absence from the company after the success of her memoir, leaving beleaguered employees in what many described as a deeply toxic culture with current CEO Sheree Waterson before her eventual departure.

And then there’s the TV Sophia, who is far less complicated in any compelling way.

The “real loose” version of the story, not-so-coincidentally done with executive production from Amoruso herself, is more of a love letter to her bestselling brand than to her actual story. This is too bad, as the Netflix series is veritably stacked talent, including leadership from Pitch Perfect writer Kay Cannon and exec producer Charlize Theron. The team assembled could have done much more with Amoruso’s story. Right now, the narrative is prone to a lot of self-indulgent diarrhea instead of those tight little narrative stools that mean you’re drinking enough character development water.

Unless I have lost touch entirely, it seems pretty unlikely that most women will be hashtag inspired, hashtag motivated, or even hashtag tolerant of the Sophia presented in the series, as played by actress Britt Robertson, whose dialogue and veins appear to have been overloaded with Adderall before every camera shot. What we see instead is the cliche Manic Pixie Dream Girl character — she’s smart, she’s quick with a joke, she charms in spite of her many quirks that would be intolerable on a less symmetrical being. That’s crossbred with the Dr. House/Sherlock/whoever plays the Mentalist, professional, asshole savant. Her ideas seem crazy until the very last second. We never doubt that she’ll get out of a professional snag; she’s rude and brash, but goddamn it she’s good at her job so we won’t fire her for being emotionally abusive to virtually everyone she encounters.

“It always comes down to this idea of the female lead having to be incredibly likable,” show creator Cannon said in an interview with the New York Times when asked why TV Sophia comes off the way she does. “I wanted to tell the story of a flawed woman that is not a fairy tale.”

To this point: Am I a disservice to my gender by not liking the fictional Sophia because she’s, ahem, not remotely likable, or is it okay to just be turned off by a selfish character that the show is desperately trying to convince me to root for? Do I get to avoid being put into intellectual jail if I say that I find it hard to rewatch Mad Men with the “hey, that Dick Whitman guy ain’t so bad!” sympathy that I think I’m supposed to? As Cannon says, it is less common to see a woman appearing as the unlikeable protagonist, but missing from the fictional Sophia are the elements that make unlikeable protagonists work: substance and the potential to be redeemed.

Manic pixie Sophia is certainly a flawed woman, and she is not incredibly likable, but her story still unfolds more or less like a fairy tale. In spite of the fact that she is self-absorbed and under-informed, treating the people around her like garbage, designed to deliver exposition and a real talking to a few times an episode, everything works out for her. Her business thrives against all odds, the tertiary characters are extremely forgiving, and we end the thirteen-episode arc with a better understanding of a now-rich character who hasn’t really changed much in her attitude or worldview from the series’ opening moments.

Of course, no foreshadowing or narrative time is lent to what we now know to be some pretty shady business practices on Amoruso’s part, leaving viewers relatively unchallenged. We’re supposed to land at the end of the first season feeling that “hey, women don’t need to be nice to get stuff done,” which is true, but we also land on the feeling that being an asshole to everyone in order to be successful should require no self-examination.

Regardless of a protagonist’s gender, it doesn’t move a plot forward to leave an asshole’s most egregious sins left unpunished for more than half an episode; Sophia is occasionally scolded and must go on a tearful, montaged walk through San Francisco before being forgiven, but she’s always forgiven. It’s all well and good that being an asshole makes her good at her job, just as it made Don Draper and Walter White good at theirs, but what made the latter two characters compelling is that being assholes to be good at their jobs virtually destroyed every other area of their lives, leaving them ultimately alone and unsatisfied. Sophia has her cake and is an asshole, too, a narrative choice that feels both dishonest and not particularly interesting to watch.

But again, that’s what makes Real Sophia so interesting. TV Sophia is a creature of her design and approval and is built more from an opening passage from the #GIRLBOSS book — “strong, smart, resilient,” and per Cannon more recently, “opinionated, confident, [and] feisty.” Actress Britt Robertson concludes this parade of buzzwords by saying that girl bosses don’t “get so caught up in say[ing] sorry.” All of these words serve for a great self-help book and a decent t-shirt slogan, but a cohesive character they do not make.

So much of the viewer’s ability to enjoy this show hinges on the knowledge that its lead character will eventually become a self-made millionaire, making any of the obnoxious choices and abuses she makes along the way necessary elements to a larger victory that we know is coming. If Girlboss really were pure fiction, it’s hard to see anyone staying aboard the S.S. Sophia for long, given the slightest narrative possibility of her complete and utter failure. Objectively, a manic pixie young woman who doesn’t know how health insurance works, abusing virtually everyone in her life because she’s stressed out about her nonexistent eBay business (ugh, 2006) leaves nothing to latch onto.

But Robertson is representing TV Sophia, not Real Sophia, and seems very aware of it. “She also has a very specific following, so we wanted to cater certain parts of the character to the audience that has followed her and supported her,” she added.

Regardless of how many talented people were involved with the Girlboss series, its first season is what happens when its subject matter is allowed to wield direct influence on how they appear in the show. Imagine if Mark Zuckerberg was required to sign off on every aspect of his portrayal in The Social Network, or if Steve Jobs had been alive to proof the script for Jobs, or if Joan Crawford had lived to weigh in on Mommie Dearest. When executives give the power to the person who doesn’t want to look bad by revealing themselves in an honest way, we get revisionist history. Jut as we get no mention of Dr. Dre’s notorious abuse of women when he and Ice Cube produce Straight Outta Compton, we get the softball dissonance of TV Sophia instead of the woman of multitudes who is well-documented as the Real Sophia Amoruso, and so on.

It’s possible that if the show is granted future seasons, Amoruso’s business troubles may be addressed, but the tone the first season strikes suggests that’s unlikely. Given her track record with her own company, it’s hard to say that Amoruso is a businesswoman first, but she certainly appears interested in maintaining the image she’s created above all else.

Or, if you want to read a more interesting, catastrophic #GIRLBOSS-style fall from self-made grace, may I direct you the story of Elizabeth Holmes?