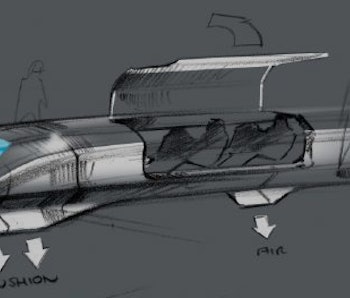 From August 25 through 27, SpaceX will host Hyperloop Pod Competition II, a competition at its one-mile test track in Hawthorne, California. This event will be just seven months since January’s weekend of sled races. August’s competition will have one major difference from the previous one, though: It’s all about speed.

Whereas January’s competition saw teams judged on their levitation, braking, control, high-speed acceleration, and telemetry, the sole criterion for August’s competition will be maximum velocity.

This could make for an exciting change of pace from January’s competition weekend, wherein the fastest entrant, belonging to WARR from Munich, Germany, peaked out at about 56 miles per hour. Of course, all those other elements need to be in place for any sort of high speeds to be sustainable or usable, so teams will surely focus on a balanced list of attributes. With this increased focus on velocity, though, the competition promises to be exciting.

August’s competition will probably bring prior entrants back together. This means returning teams will probably rock beefed up versions of their previous sleds after learning from their mistakes in January. Additionally, SpaceX says it’s inviting some newcomers, too.

“The second competition is open to new student teams interested in competing on the track, as well as to existing student teams who have already built and tested pods to further refine their designs,” reads the announcement on the Hyperloop web page. You can check out the rules here.

Stay tuned for Inverse’s coverage of the August Hyperloop competition at SpaceX’s Hawthorne, California facility as the date approaches and we learn more about the teams involved.

More like this
Innovation
Jan. 25, 2023
Starship orbital flight: SpaceX successfully loaded the rocket with over 10 million pounds of propellant
By Mike Brown and Molly Glick
Science
Jan. 29, 2023
Does the Doomsday Clock actually mean anything? Experts weigh in
By Jon Kelvey
Science
Jan. 28, 2023
This concept spacecraft could swiftly send a one-ton spaceship to the edge of the Solar System
By Matt Williams and Universe Today
LEARN SOMETHING NEW EVERY DAY.
Related Tags
Share: