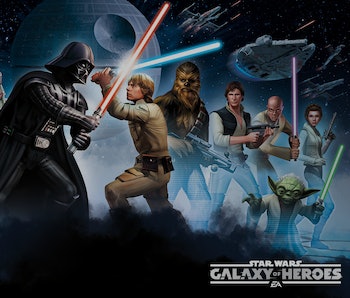 Star Wars famously takes place “a long time ago,” but in the real world, it’s been 40 years since A New Hope first premiered in theaters, which ain’t that recently when you think about it. To honor the big anniversary — and to promote the upcoming The Last Jedi — Disney is kicking off this year’s Star Wars Celebration with a 90-minute opening ceremony. If past Celebrations are anything to go by, we’re going to learn a lot about the upcoming movies, and we might even see a trailer. Here’s how to watch the proceedings.

Since Christensen has been largely MIA from the Star Wars scene since the much-maligned prequel trilogy wrapped up, fans think his return to the Celebration stage could mean Anakin will play a role in The Last Jedi. While it’s more likely that the first real trailer for the movie will drop on Friday during a special The Last Jedi panel with Kennedy and director Rian Johnson, chances are we’ll still learn something about the movie during Thursday’s event. Perhaps we’ll learn what Christensen’s role might be — assuming he has one.

The 90-minute opening ceremony, “40 Years of Star Wars” is available to stream starting at 11 a.m. Eastern.