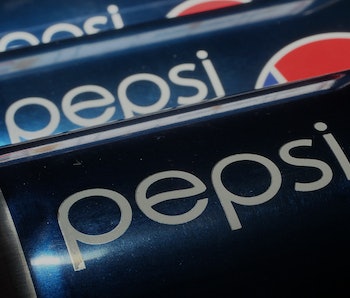 Pepsi pulled a controversial new commercial starring Kendall Jenner on Wednesday after it faced sustained and widespread backlash on the internet for what people said was a tone-deaf appropriation of protest movements like Black Lives Matter.

The ad, which Pepsi called a “short film,” was attempting to capitalize on the streak of activism that has recently electrified young Americans for various reasons. In the ad, Jenner is posing for a photoshoot when she notices a protest moving past outside. The cause is extremely ambiguous (one sign just asks people to “join the conversation”) but the protest is an obvious, clumsy allusion to Black Lives Matter and recent demonstrations of resistance against President Donald Trump. Seemingly inspired, Jenner casts off her makeup and goes outside with a Pepsi can to begin joyfully greeting some of the demonstrators.

Then she hands a Pepsi can to a police officer, who opens it and takes a sip as the crowd cheers. The whole thing is set to Skip Marley’s “Lion” and generally seems like a good time — which was precisely the problem.

People were quick to point out that the ad incorrectly portrayed protests as a kind of celebration, where camaraderie between police and protesters (who are often black) runs high. One needn’t look far — only to, say, the protests at Standing Rock — to know that the opposite has often been the case.

Twitter users were quick to condemn the ad and point out its discrepancies with reality.

Initially, Pepsi attempted to defend the ad. “This is a global ad that reflects people from different walks of life coming together in a spirit of harmony, and we think that’s an important message to convey,” the company said in a statement.

But the internet wasn’t having it.

The most poignant, meaningful denunciation of them all came from Bernice King, the daughter of Martin Luther King Jr. King, who posted a picture of her father being pushed by a police officer with the caption, “If only Daddy would have known about the power of #Pepsi.” For those still on the fence about the ad, King’s tweet should put things into perspective. The rosy interactions with police depicted in the ad, aspirational as they may be, do not reflect reality.

Amid this continued outrage, Pepsi eventually saw no other option but to remove the ad. In a statement released on Wednesday, Pepsi said it was “trying to project a global a message of unity, peace, and understanding. Clearly, we missed the mark, and we apologize. We did not intend to make light of any serious issue. We are pulling the content and halting any further rollout.”

The company also, for some reason, apologized to Kendall Jenner for involving her in the controversy.

More like this
Gaming
Jan. 25, 2023
"Mindboggling" Launcher layoffs prompt outcry and tributes to WaPo gaming vertical
By Jess Reyes
Culture
Jan. 22, 2023
Amazon's selling a ton of these cheap things that make your home so much cooler
By Rebecca Martinson
Culture
Jan. 14, 2023
These clever things have fanatical Amazon reviews because they save you so much money
By Christina X. Wood
LEARN SOMETHING NEW EVERY DAY.
Related Tags
Share: