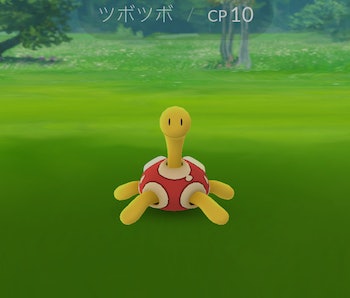 It’s been a week of ups and downs for Pokémon GO. On the one hand, its Water Festival event is occurring right now and has lots of buzz; on the other, the latest update for the app is turning out to be an utter mess.

The new version, 0.59.1 for Android and 1.29.1 for iOS, came out on March 21. Developers described two updates: “The 7-day ‘First PokéStop of the Day’ streak will now award a random Evolution item,” and “Minor text fixes.” In retrospect, those small changes don’t seem worth the collective headache now being felt by users.

Basically, if you’ve updated Pokémon GO, you could experience a wide range of frustrations that includes delayed actions, crashes, a busted low battery notification, a frozen blank screen, and an inability to connect at all to Pokémon GO Plus.

Pokémon GO Hub is keeping a list of all of the reported issues. Niantic, the game maker, hasn’t yet commented on the outbreak of bugs as a whole, though it wrote on its website that it’s working on fixing a couple of them.

Hopefully, the developers will soon release a new update with comprehensive solutions. For now, it might be best to roll back to the previous update.

Pokémon GO Hub describes some of the major problems as follows:

Missing models show as a Substitute doll on the world map

Besides all of this being a major pain in the neck, it’s also a sad setback for Pokémon GO, which recently has been making serious strides to gain back players with exciting new features like Shiny Pokémon and a nifty VR component. Well, hopefully the app’s remaining major updates this year will be more successful.