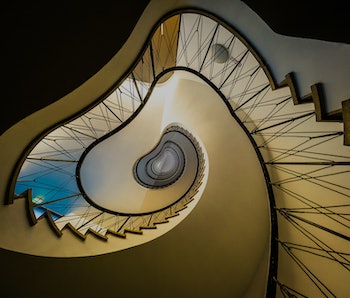 Human imagination is not just limited to daydreams and fantasy worlds: We can also craft false memories and be convinced they are real.

The term “false memory” was coined by Elizabeth Loftus, a cognitive psychologist at the University of Washington in a groundbreaking study on eyewitness testimonies, published in 1974 in the Journal of Verbal Learning and Verbal Behavior. In one experiment, Loftus showed multiple videos of car accidents at various impacts to 45 participants. When she asked how fast the cars were going at the moment of impact, she found that participants said the car was going slower if she used a word like “bumped” and faster if she used a word like “smashed.” In another experiment, she showed another accident video to 150 participants, asked them various questions, and then asked if there was broken glass after the crash. She found that participants who heard the word “smashed” in questioning were more likely to say there was broken glass, even though there was none shown in the video. These results indicated that a person’s memory can be heavily manipulated by word choice, showing that eyewitness testimony might often be inaccurate.

Inspired, Quin Chrobak, a psychology professor at the University of Wisconsin Oshkosh, took Loftus’ experiment to a new heights. In 2013 he published results for a similar experiment in the Journal of Experimental Psychology, except this time, he wanted to see if he could get participants to fabricate an entirely new situation. He had 190 participants watch videos that had certain parts missing. He brought the participants in a week later and asked about events, including some they hadn’t seen. When participants resisted answering about events they couldn’t remember, the interviewer kept asking them to guess what happened. Eventually, the participants caved and made something up. After six more weeks, the participants were brought back in to freely explain the events in the video with no prying follow up questions. The results showed that roughly 30 percent of the participants recalled at least one false situation that never happened.

“When you give people an ability to have free reign to talk about anything they want, they tend to report the things that they are generally confident in,” Chrobak tells Inverse. “So, it’s particularly disturbing that when they have free reign to talk, around 30 percent of the time they are freely reporting this event that they knowingly fabricated six weeks earlier.”

The experiment was meant to simulate a police officer questioning an eyewitness for a testimony. Chrobak notes that people might fabricate even more in real-life situations.

“In reality, the pressure to conform is going to be a lot greater in real eyewitness scenarios,” said Chrobak. “So, this is what lead us to the idea that people truly are prone to developing false memories for causal information.”

Both Chrobak and Loftus found that anyone is capable of this — false memories transcend age, IQ, and even creativity levels — meaning, anyone could be harboring false memories and never know it.

The only concrete method scientists have for testing for false memories is by tracking neural pathways. In a 2008 experiment published in the journal Cerebral Cortex, a team of researchers performed a neurological study on 20 volunteers. They presented each volunteer with a list of words. For example: nap, sheets, alarm clock, snooze, and bed. Then they performed an MRI on each volunteer and asked them to identify which words were said. What the MRI showed was that words that were closely related to ones on the list but never actually said — like “sleep” — and words that were said lit up two different sections of the left temporoparietal regions. Here, at least subconsciously, brains knew the difference between reality and illusion.

But short of going into an MRI—and perhaps even then—it is exceedingly difficult to tell for sure which memories are real and which aren’t.

“Any memory you have, any concept in your head, is just some cluster of neurons being activated at the same time,” Chrobak says. “But, unfortunately, there’s no cognitive psychologist out there who can say ‘I am 100 percent certain you have a false memory,’ and that’s what makes this so challenging.”