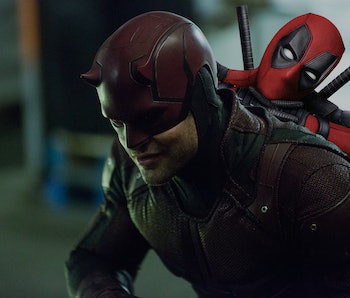 Wade Wilson told his fans in the after-credits scene of his solo movie, last year’s Deadpool, that a sequel is on the way. Aside from director Tim Miller, the core creative team of Ryan Reynolds and screenwriters Paul Wernick and Rhett Reese will return for Deadpool 2, but they’ve also welcomed a new addition: Drew Goddard, who among other notable works, was the showrunner of the first season of Marvel’s Daredevil on Netflix.

Goddard is said to have joined Deadpool 2 as a script consultant, helping Wernick and Rheese punch up a movie where Deadpool pulls none. Besides Daredevil, Goddard is a notable screenwriter with a vast knowledge of comic books, sci-fi, and superheroes. He’s written on TV shows like Buffy, Alias, Lost, movies like Cloverfield, World War Z, and he directed The Cabin in the Woods which he co-wrote with Joss Whedon. Goddard was also eyed to direct a Sinister Six movie that would have been part of the Amazing Spider-Man films. Those plans were scrapped when Sony rebooted the franchise (again) in a partnership with Marvel Studios.

An outspoken fan of comic books as well as a skilled studio screenwriter, Goddard surely knows that Deadpool is nothing like the devil of Hell’s Kitchen. Whereas Daredevil is a square Irish-Catholic attorney from Manhattan who was trained to fight from his eccentric blind sensei, Deadpool … isn’t that. Instead of Daredevil, it’s better to look at films like The Cabin in the Woods, which gleefully played with horror movie convention and just barely broke the fourth wall. That’s something Marvel’s Merc with the Mouth knows all too well.

Work on Deadpool 2 is currently underway.