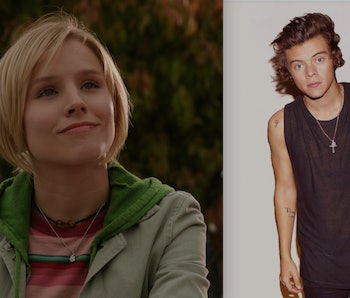 Making money by writing incredibly detailed slash fiction probably seems like a fantasy. Sure, E.L. James was able to transform her Twilight fan fiction into an astoundingly lucrative pop culture franchise, but 50 Shades of Grey was an unusual fluke circumstance. If you want a sustainable writing career, fan fiction is a hobby you’ll have to scrap, right?

Well, not so fast. Kimberly Brower, literary agent and president of Brower Literary & Management tells Inverse that writing fan fiction is hardly viewed as a negative in the industry. “Publishing was hugely impacted by authors who started in fan fiction,” she says. “E.L. James, Anna Todd, Helena Hunting — some of the most well-known authors out there today started in fan fiction, and I think to ignore that would be unjust. When someone gets into fan fiction, it’s because they are extremely passionate about something. Many people would be surprised by how many popular stories out there stemmed from fan fiction.”

Anna Todd, who Brower mentioned, began writing fan fiction about the band One Direction on the platform Wattpad. The chapters of her story After accumulated over a billion total reads, which led to a publishing deal and an upcoming film adaptation.

Todd says she got started by engaging with the One Direction fandom on Instagram. “There was this whole little pocket of One Direction fans who were writing fan fiction on Instagram. I started wanting to finish these stories but the people writing them were finishing them on Wattpad. I read there for a few months before I ever thought about writing my own.”

After — which reimagines Harry Styles as a pierced and tattooed college student — was so popular that Wattpad approached Todd with an offer of representation. “I just ignored it,” she says of her initial reaction. “I didn’t know if it was legit; I had no idea what to do. I kind of panicked. I was telling my husband, ‘I think it’s fake.’ He was like, ‘It would be really hard to fake that @Wattpad email.’ So I wrote them back. They were the ones who pushed me about moving forward and possibly publishing.”

In the Inception way that fandom often works, Todd’s fan fiction has inspired its own fan fiction, frequently in the form of fan-made videos, which have millions of views.

Had the Wattpad deal not happened, Todd thinks she would have tried to self-publish. “Before Wattpad contacted me, some of my readers were printing the pages out,” she says. “It was really cool for me to see some of my book in print, but I didn’t know anything about publishing. I started Googling ‘How to print books’. Then I saw Amazon’s Create Space. That’s what all the indie authors use. Now I know this. But then? I had no freaking idea what I was doing.”

Peter J. Wacks, another author who has established a career from fan fiction, uses Amazon as his primary domain. He was part of the initial launch of the Kindle Worlds platform, which enables authors to publish fan fiction set in a selection of licensed fictional worlds. Wacks has primarily written for the Veronica Mars world, though he also has works in Heroes, G.I. Joe and his own original worlds. Like Todd, Wacks had a meandering path to success.

“In 2002, I wanted to write fan fiction for one of my favorite games,” he says. “I ended up designing a storyline game based off my favorite role playing game. I hired a lawyer and had them approach the company with the designs and storyline and then negotiate a deal so that that could become a card game for that role playing game. Fans of my fiction started to develop. That’s where the bootstraps came for me: having those fans of my writing already established because of the fan stuff that I did in games.”

Having a following from his fan fiction gave Wacks a leg up when Kindle Worlds was launching. “I started by self-publishing and then moved into traditional publishing from there,” he says. “When it came to Kindle Worlds, the guy heading it at the time said he really liked my writing and asked if there was anything I was a fan of. What he was looking for was to bring on a few spec authors he could develop personal relationships with who he knew did well on Amazon. That would bump the Kindle Worlds program.”

Although they have work in different fandoms, Wacks and Todd share the common experience of succeeding in part because they developed large author platforms through their fan fiction.

“I think it’s a great outlet for young writers to be able to get their hooks into materials that they love; writing is never so good than when the writer loves the material,” Wacks says about Kindle Worlds and fan fiction. “They can flex their muscles in the craft with the discipline side instead of the creative side, as they’re working on books that are already created. I may have done a little fangirl heart thing when I found out I was basically going to get to write a Veronica Mars episode.”

But with their fan fiction published and drawing in its own fans, the lines between fan fiction and original work have been blurred. “I don’t really care about the distinction, honestly,” says Todd. “I still consider it fan fiction just because it was — and I love fan fiction. It’s still weird to me because I feel like I’m still in this sub-genre. They’re my fans because they’re One Direction fans. Then as it grew, now most of my readers are actually not One Direction fans.”

Wacks is also unfazed by the prospect of fan fiction begetting its own fan fiction. “We are a storytelling species,” he says. “There is no wall that can be constructed to stop us from telling stories. We communicate through stories, we experience through stories. To try and say ‘You can’t take my story and reshape it’ is absolutely ridiculous. It’s a fundamental part of our humanity.”

Asked about the future of published fan fiction, Todd says she’s still looking for mainstream acceptance. “I would love to go on a whole press tour without someone asking, ‘So, people say fan fiction isn’t real literature. What do you think about that?’ I love when it’s asked actually, because I love answering it. But I would love for it not to need to be asked.”