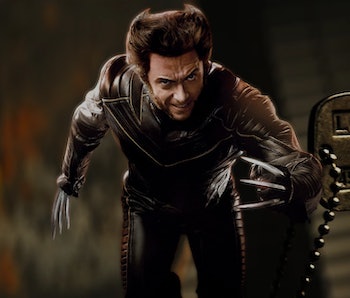 The world is without mutants in 20th Century Fox’s Logan. Director James Mangold is back from 2013’s The Wolverine with Hugh Jackman in his cinematic curtain call as Marvel’s most popular mutant. But making sense of the continuity in Logan and how it connects all the way back to the beginning — in Bryan Singer’s X-Men from 2000 — can be a bit of a chore.

Set in the near future year 2029, Logan is the last movie in the timeline, even after X-Men: Days of Future Past from 2014 (last summer’s X-Men: Apocalypse was set in 1983). There are bits of references to the first X-Men film, such as referencing Logan’s career in amateur cage fighting and the climax at the Statue of Liberty. But all of that, even rewriting time to stop Trask and his Sentinels, is a distant memory. After so much pain that Logan doesn’t let the audience see, the cigar-smoking mutant is ready to go into that good night.

The X-Men films have been sketchy with continuity since 2009’s X-Men Origins: Wolverine, the first in the “Wolverine Trilogy.” Things were fine and dandy, timeline wise, from X-Men to X-Men III: The Last Stand in 2006. But then, Origins mucked up a perfectly linear series as it explored Logan’s horrific past in the Weapon X program. Things get even murkier in the reboot/prequel X-Men: First Class from 2011. While that movie is arguably the best X-Men film to date, with an 86 percent “Fresh” on Rotten Tomatoes, its finale with young Charles Xavier (James McAvoy) getting paralyzed ran counter to a key origin scene in The Last Stand, where Professor X walked on two feet meeting a young Jean Grey with Magneto.

This left a lot of work for X-Men: Days of Future Past, which had Bryan Singer back in the director’s chair. In combining the two “eras” of X-Men with Wolverine at its center in a time travel plot, Days of Future Past cleaned up continuity errors (Xavier had a special drug to help him walk) while setting up the future of the series. And it did so by wiping the slate clean.

Whatever happened before — exactly as they did — probably didn’t happen: Wade Wilson? Gone, born anew for Deadpool. The death of Cyclops and Jean Grey? Undone. Wolverine’s fight with Silver Samurai in Japan? Maybe erased. Nightcrawler and Angel? LOL.

Some stuff were kept intact, like Wolverine and Beast becoming teachers at Xavier’s School. But otherwise, things were brand new for the X-Men’s future, and things were great, until 2016’s X-Men: Apocalypse screwed things up again, ignoring Days of Future Past as it relates to Wolverine.

In that film, Mystique (Jennifer Lawrence), disguised as General Stryker, fishes Wolverine out of the river after the final fight. But in Apocalypse, Mystique isn’t leading Weapon X as Stryker and she is still smuggling mutants into safety. And the real Stryker, meanwhile, really is overseeing Weapon X. The purpose of this nonsense was just to have Hugh Jackman in a badass cameo, looking like Barry Windsor-Smith’s covers come to life.

Still, the happy ending of Days of Future Past existed … until it didn’t.

At the beginning of Logan, ol’ Wolverine has seen better days. All mutants are gone, and Logan — not Wolverine, a distinct difference — is left with only Charles Xavier (Patrick Stewart) and mutant tracker Caliban (Stephen Merchant). Soon enough, Logan comes into the care of a stray mutant, Laura (Dafne Keen), who has been given the name X-23 by a paramilitary laboratory. While evading Donald Pierce and his Reavers, Logan tries to get Laura to safety and tears through the entire southwest, heading north, in what is expectedly the final movie with Wolverine. At least, a Wolverine movie with Hugh Jackman in the role. You know how wacky these timelines are.

Logan will be released March 3.