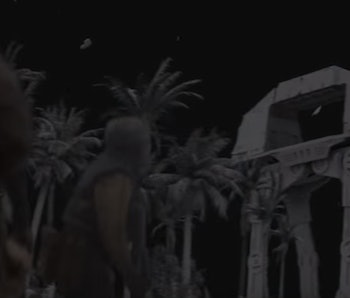 One of the coolest things about the new batch of Star Wars movies is the series’ renewed appreciation for the practical effects that helped make the original trilogy so good. Rogue One distanced itself from the green screen hell of the prequels by emphasizing practical effects over computer-generated images. But, make no mistake — as a new behind the scenes reel shows, there was a ton of GCI in this movie. It was just very well done.

The effects reel, which Industrial Light and Magic released as part of its campaign for an Academy Award for Best Visual Effects, shows how the animators put the alien planets Jedha and Scarif together. You can see how detailed the models are and how they mostly stuck to using CGI only for scenes or aspects of certain shots that weren’t really feasible any other way, like, say, the Death Star’s horrifying destruction of Jedha.

In a couple shots, you can see where the physical set ends and the computer-generated world begins. It’s some movie magic.

Rogue One is up against Kubo and the Two Strings, Deepwater Horizon, Doctor Strange, The Jungle Book. We’ll see who wins on Oscar night, Sunday, February 26.