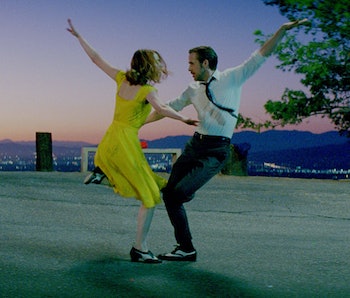 Oscars winners at the 89th annual Academy Awards ceremony will inevitably thank their families, god, their agents, and maybe even themselves in their respective acceptance speeches. But they should really give all the thanks and praise to a group of over 6,000 eligible voters who put those gleaming gold statuettes in their hands. Unfortunately, the winners won’t be able to name them individually. Anonymous Oscar voting is done in secret and supposedly done out of a sense of fairness. But a streak of lackluster Best Picture winners following a 2009 voting rules change means something needs to happen to reverse the decline in the award show’s prestige and value. The Oscar voting shouldn’t be a secret.

Here’s your guide to why transparency would be the greatest fix possible.

How many people vote for the Oscars?

It’s a big pool: 6,687 film industry professionals. Membership is split into over a dozen different branches based on the primary profession of the eligible voter, and an individual can belong to only one branch. Acting is the biggest branch, but there’s also categories for producers, editors, costume designers, casting directors, and more.

Do they vote in every category?

Most members nominate the shortlist for their corresponding branch, while some categories (like Foreign Language Film) have voting rules too convoluted to get into here. But when voting for winners, all Oscar categories are on the ballot for voting members.

How are the votes tabulated?

Here’s where it gets tricky.

In 2009, the Academy switched from a straight popular vote to an instant run-off voting scheme.

In all but one of the 24 categories, voters simply cast a vote for one of the nominees. The different category is for Best Picture, where the instant run-off has voters rank all Best Picture nominees in order of preference. As votes are tabulated, the nominee with the fewest number of votes is dropped, and the next preference is added to the pool for the next round of counting. The count keeps going until a consensus favorite emerges.

Is it still fair?

The consensus winner could be the film that got the most first place votes, but that’s not necessarily the case every time. The runoff scheme was meant to ensure fairness in the process. But fairness is sort of subjective here; the voting often crowns the film with the broadest support instead of unique films with intense fanbases.

So how does this have to do with secret ballots? Best Picture winners are now more likely to be ones that a lot of people kind of like, instead of one that a smaller number of voters love. It’s why The King’s Speech won Best Picture in 2010 instead of The Social Network or Black Swan.

To get out of this complacent rut, publishing Oscar ballots from active members could be the boost the runoff needs to get back to the controversial choices of yesteryear. For every recent winner people hated prior to the 2009 change (Crash), there were some huge standouts (The Lord of the Rings: The Return of the King, American Beauty).

It wouldn’t necessarily have to be a voting rule. Instead, it could be something like what members of the Baseball Writers’ Association of America have started to do recently by choosing to publicly reveal their Hall of Fame ballots. Granted, pro baseball hall of famers are retired athletes, while Oscar winners are supposed to be active and still in the business, which could make things awkward. But there are clear beneficial parallels.

The Oscars simply needs that passion again. Otherwise, it just seems like a self-fulfilling process, where a bunch of movie stars give Best Picture to kind-of-okay movies about bland subjects. Reminder: since 2009, four Best Picture winners (Birdman, Argo, The Artist, and The King’s Speech) have been about or reference the performative act of movie-making. With La La Land sure to grab Best Picture this year, you can bump that number up to five. Instead of crowning a movie like La La Land that members generally like, the thought of revealing their ballots would cause members to emphasize those risk-taking films that get overlooked.