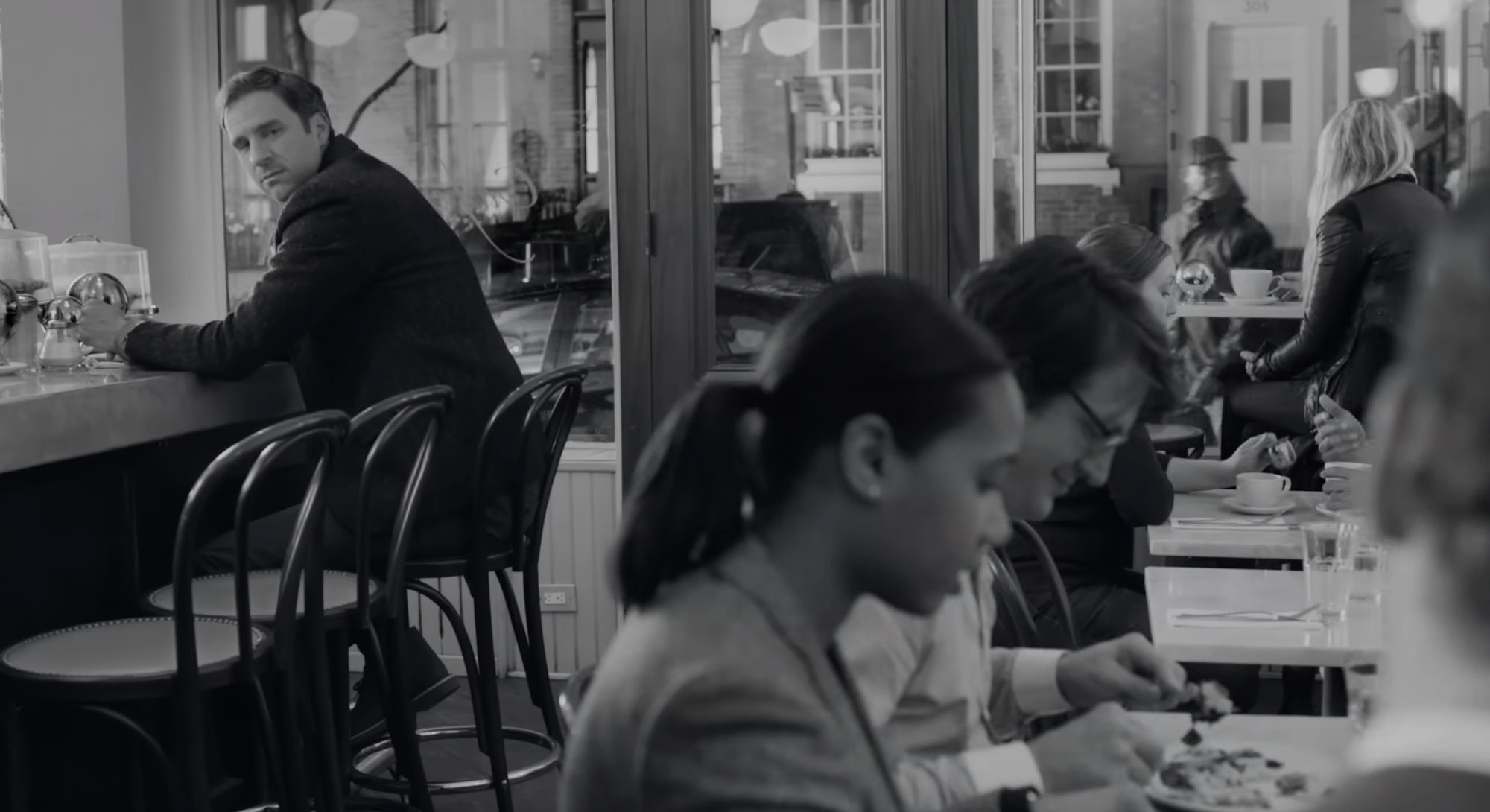 Super Bowl 50 was notable for a horrific offensive performance from the winning team, a borderline offensive performance by Coldplay saved by Beyonce’s winning team, and the airing of what might remain the most peculiar, funny, horrifying ad in the history of American television. Shot in black and white over a peppy orchestral score and featuring an uncomfortable-looking non-descript man contorting his face gloomily, the ad entitled “Envy” was aimed at those with opioid constipation. A Super Bowl ad targeted at those looking to relieve a side effect would have been bizarre enough, but this wasn’t just that; “Envy” was an inadequately sheepish attempt to capitalize on a national epidemic.

Before it became a watercooler topic of the Monday after, the ad made the Super Bowl audience of 114 million pause. It was, amid the spots for beer and chips and insurance, an all-American acknowledgment of a health crisis that also touched on constipation, an unpopular topic of conversation. The ad seemed, among other things, offensive in an almost nihilistic way.

“The ad marked a dubious milestone in the opioid epidemic,” Caleb Alexander, an epidemiologist and co-director of the John Hopkins Center for Drug Safety and Effectiveness, told Inverse. “The ads demonstrated the ubiquity of opioid use, how incredibly common opioids are and that opioids had become a part of our mainstream culture.”

To be clear, the ad doesn’t paint the constipated hero as addicted to opioids though it reckons with that threat. At the end of the ad, the voiceover, a cheerful-pharmaceutical-push, swerves toward an explanation of opioids’ addictive properties. Then there is the final bit, in which our empowered hero, who has jealously watched a dog squat out its breakfast on a sidewalk, decides he’s going to go to a website and learn about his bowels.

The website in question is OICisdifferent.com, which is a relatively thin affair brought to the public by Astra-Zeneca and Daiichi Sankyo in conjunction with five not-for-profit medical foundations, including the U.S. Pain Foundation. To be clear, the non-profits didn’t write the thing, as a disclaimer — “The information on this Web site is provided by AstraZeneca for educational purposes only” — makes clear at the bottom of the page.

No pill is mentioned on the website itself, but the link calling out to readers looking to “Discover a Prescription Treatment Option” directs people to a homepage designed for the drug Movantik. That page features a guy who seems very pleased to have voided himself utterly.

AstraZeneca brought Movantik to market in March 2015. Over the next three-quarters, the drug made the company $29 million. That number ticked up to $40 million in the first half of 2016. The Motley Fool, a well-regarded investing site, says that the drug has become key to the drugmakers business outlooks, with analysts expecting peak sales to come in between $350 million and $1 billion.

For a pharmaceutical company, those numbers represent massive success. But if they were goosed by “Envy,” the ad also incurred a political cost by winkingly referencing middle America’s increasing dependence on painkillers. And it marked a turning point — though hesitant — in the political conversation around the topic as well, specifically within the Obama administration, criticized for being too slow to respond to the crisis.

White House Chief of Staff Denis McDonough got the ball rolling with a tweet.

Speechifying aside, the Obama administration didn’t do much beyond announcing $133 million in funding for anti-addiction efforts, which sounds like more than it is, and placing a heartfelt op-ed from Secretary of Agriculture Tom Vilsack, whose parents struggled with addiction, in TIME.

Alexander says it’s unclear if the publicity was helpful or hurtful to public health. While it generated awareness about a common adverse effect of opioid addiction, it also undermined the seriousness of having an opioid addiction, whittling it down to a goofy TV spot. Alexander’s research has focused on the demography and geography of the opioid epidemic, which mirrors Trump’s America. He says things haven’t gotten better.

“The incredible number of injuries and deaths that have been caused by these products in my research are hard to miss,” he says, pointing to spikes in morbidity and mortality in recent years. “These are very powerful medicines — even the weak ones are strong enough to hurt or kill a patient.”

Indeed, opioids come in a range of strengths and are designed to alleviate chronic pain, a condition afflicting 100 million Americans, or about one-third of the entire population of this country. Opioids are especially powerful and intoxicating because of their unique chemical structure; they bind to psychoactive receptors that essentially bring a sense of zen and relief for patients. Oxycontin and Vicodin have become mainstream prescription pain relievers; morphine and its more sinister cousin, heroin, are variants that addicted patients sometimes turn to when they can’t get pills.

But heroin isn’t even the tip of the iceberg in terms of how frighteningly violent opioid addiction can be. In 2016, usage of fentanyl, an opioid that is 100 times more powerful than morphine shot up. Pure fentanyl is hard to come by, but Alexander said that synthetic variants of fentanyl have singlehandedly increased the publicity of opioid addiction. “This isn’t a 25 microgram patch you pick up from CVS,” he said. “There are cases of abuse that marry fentanyl to tranquilizers. You don’t know what these underground labs are putting in.”

That constant search for the next elusive high can be seen in reports that emerged this past summer of a spate of overdoses from carfentanil, popularly used in elephant tranquilizers. Ten thousand times more powerful than heroin, the stuff puts the respiratory system at such a state of rest that they stop breathing. It’s what killed not only Prince but also hundreds of people across the country.

Alexander isn’t exaggerating about the murderous capability of opioids. In December, the CDC released a report that said nearly 61 percent of drug overdose deaths were due to opioids. Most deaths involved a form of opioid that is commonly found at pharmacies; many deaths involved deadly cocktails of opioids. Thirty states saw death rates spike due to opioids, affecting mostly white, middle-class areas; the largest percentage increases occurred in New York, Connecticut, and Illinois.

The sticky point about opioids that Alexander thinks has prevented it from being more widely discussed is the fact that addiction is seen as something that humans want to do, that somehow they’ve failed in taking their prescription drugs and are popping more pills than they should. In fact, Alexander and his colleagues learned in medical school that “if a patient experienced organic pain, there was no need to worry about [opioids],” he said. “That’s simply not true.” Opioid addictions are a whole monster of their own: They usually develop from patients taking their medication properly, not from people seeking out to get high.

If “Envy” marked a turning point, it may have been too little, too corporate, and too late to help the addicted — if not the constipated.

“We need to develop policies that promote the safer use of opioids,” says Alexander. “We need to ramp up treatment for addiction.” That effort faced a much-maligned obstacle earlier this week, when Virginia-based pharmaceutical company Kaleo — which supplies noxaline, a life-saving antidote for opioid overdoses delivered with a talking vial — hiked up the price of its product, Evzio, from $690 to $4,500.

It’s too early to say how the Trump administration will fund efforts to curb opioid addiction, which will be an especially fraught process given rates of abuse within the states that delivered an Electoral College victory. But it’s probably fair to say that an ad like “Envy” could only run once. That first time, the bad taste at least had some potential to do good. Now, it would be nothing but a craven attempt to capitalize on a horrific problem.