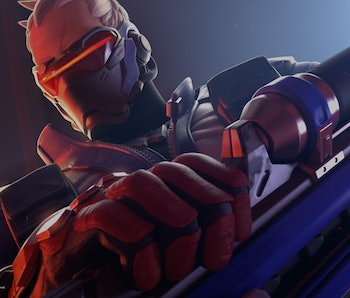 This is it folks. After a long, torrid affair of Elon Musk loudly proclaiming his love for Overwatch, we finally know what character he mains as. It’s not the science-loving gorilla, the zen robot monk, or even the expert hacker with a submachine gun. It’s Soldier: 76.

The admission comes following a brief Twitter exchange in which Musk kicked things off by commenting on a month-old article reposted by The Economist that urged readers to give Rex Tillerson a chance as a candidate for Secretary of State. Musk agreed with the article, but out of left field Dave Smith, a deputy editor at Business Insider, mentioned that his only issue with Musk’s support was that same burning question that’s been on all our minds since he recommended Overwatch via Twitter on June 5, 2016: Who does the high-profile tech mogul main as in Blizzard’s beloved shooter? Now, Musk’s “dark secret” is out — he mains Soldier: 76.

Soldier: 76 is oft considered an entry point for new Overwatch players, as he’s one of the easiest characters to learn in the wide, varied roster. In a game that includes a cyborg ninja and a big gorilla with a laser, Soldier: 76 is easy to pick up for fans of other more realistic first-person shooters. In that, many new and inexperienced players spend quite a bit of time with Soldier, but in the hands of more skilled players, Soldier: 76 can be a valuable addition to almost any team.

Packing a high amount of damage output with his heavy pulse rifle, some helix rockets for an extra punch, the ability to sprint, and a biotic field that can heal himself and nearby allies, Soldier: 76 is balanced, self-sufficient, and capable of dealing a lot of damage while keeping himself healed. Particularly in the current competitive meta, he’s a really solid option, so props to Elon for that particular life choice.

More like this
Gaming
23 hours ago
5 years ago, the most heartfelt indie platformer changed video games forever
By Willa Rowe
Gaming
17 hours ago
Everything you need to know about Forza Motorsport
By Joseph Yaden
Gaming
17 hours ago
Redfall is Bethesda’s vampire-infested co-op shooter — what to know
By Jess Reyes
Related Tags
Share: