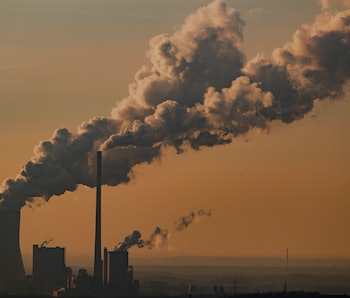 The Centers for Disease Control and Prevention was supposed to hold a big summit on climate change next month in Atlanta, but the CDC suddenly and silently canceled the event without much in the way of explanation or fanfare on Monday.

E&E News, an environment and energy trade publication, broke the news after obtaining emails that the CDC sent to people who were supposed to speak at the now-canceled Climate and Health Summit. The email claims that the Atlanta-based government agency is “currently exploring options so that the Summit may take place later in the year,” but did not explain what caused the delay in the first place nor when the potential rescheduled summit would occur.

“On December 22, 2016, CDC began notifying registered participants that the Climate and Health Summit meeting originally scheduled for February 2017 had been postponed,” Bernadette Burden, senior press officer for the CDC, said in a press release. “We are exploring options to reschedule the meeting while considering budget priorities for fiscal year 2017, including the current continuing resolution, and potential overlap with an APHA [American Public Health Association] conference on the same topic also being held later in 2017.”

Although the CDC remains tight-lipped about why they quietly canned this event, it’s hard not to think of the new Trump administration’s stance on climate change. President Donald Trump, a man who infamously claimed that climate change was a hoax created by the Chinese, does not look like he’s especially interested in addressing one of the biggest challenges facing our country in the future. One of the first pages to go up on Trump’s new WhiteHouse.gov site was a plan for eliminating the Climate Action Plan.

If the CDC delayed or outright canceled the summit at the Trump administration’s urging, retreating in the face of politics, it could be a more worrisome sign that agencies are “falling into line” behind a new anti-science president. That’s, well, not great.