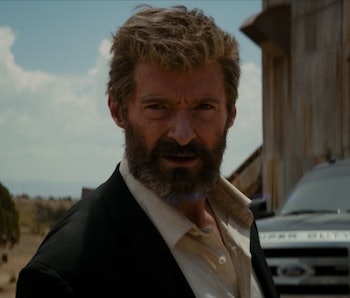 Wolverine’s last hurrah will be James Mangold’s upcoming film Logan, and the director has revealed precisely where in the (very complicated) X-Men timeline the movie fits in. The director has confirmed that Logan takes place sometime after the epilogue of 2014’s X-Men: Days of Future Past, as many suspected since last year’s Apocalypse was set in the ‘80s. Not only that, though, but Mangold has announced the specific year in which Logan takes place: 2029.

Referring to the epilogue in Days of Future Past where Wolverine (Hugh Jackman) wakes up to a peaceful present at Xavier’s School, Mangold said he used that as a starting point in order to go “far enough past” the X-Men timeline. Mangold explained, “My goal was real simple: Pick a time when I had enough elbow room that I was clear of existing entanglements.”

Choosing this place in the timeline wasn’t to further explore the X-Men mythology but to actually get away from it as far as possible. “Part of the way I think these [comic book] films stop being fresh is when you find yourself making essentially a television series with $200 million episodes,” the director said. “You’re literally just picking up where the last one left off and you’re making a mini-series.”

Mutants are, for the most part, wiped out in Logan, meaning something catastrophic — perhaps the Legacy Virus? — happens to enhanced humans after the happy ending in Days of Future Past. No wonder Wolverine is so moody in Logan.

Logan will be released on March 3.

More like this
Entertainment
7.2.2022 11:30 AM
You need to watch the most underrated superhero thriller on HBO Max before it leaves next week
By Richard Newby
Culture
4 hours ago
8 Norse gods you need to know before Thor: Love and Thunder
By Robin Bea
Entertainment
6.22.2022 11:30 AM
Marvel’s Kevin Feige teases a fix for Phase 4’s biggest problem
By Eric Francisco
Related Tags
Share: