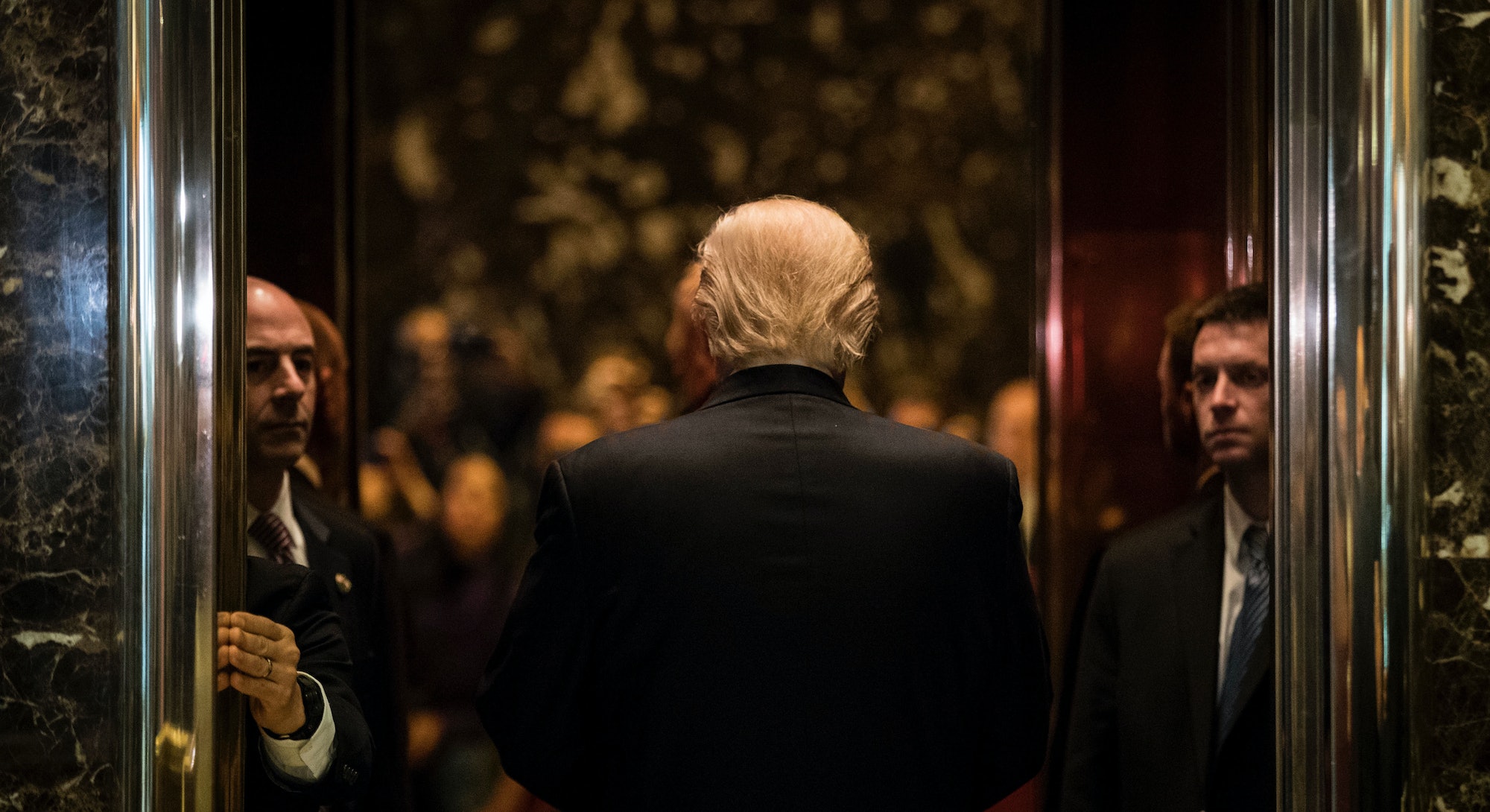 A comprehensive list of the rumors surrounding Donald Trump’s mental health would run to thousands of words. The abbreviated version goes as follows: He’s a narcissist; he’s a sociopath; he’s a cocaine addict; he’s an amphetamine addict because he was prescribed Tenuate in the eighties; and he’s suffering the mental health consequences of never sleeping. The theories get exponentially stranger from there, running toward the sort of conspiratorial thinking Trump has popularized.

The argument that these reports are newsworthy merely because they are being discussed publicly is a stretch. Still, when such discussions spill into the halls of power, potentially affecting policy, they do become news. There is a litmus test. The argument that Trump’s mental health offers a legitimate area of argumentation for the commentariat is harder to break down. The problem is that pathologizing Donald Trump’s behavior in absence of any actual diagnosis does not serve any useful function. All it has done, and seems likely to continue to do, is further marginalize a significant and growing number of already-marginalized communities. By shifting the focus away from Trump’s policies, behaviors, and supporters, and toward a vague notion of specific mental illnesses, journalists, doctors, and thousands of Twitter users adopt a strategy that guarantees discussion will run away from issues and over people with very real medical conditions.

This is not to paint a black-and-white picture: Noting Trump’s behavior patterns makes sense. His rise is without historical precedent in America, and the same could be said of many of his choices so far. It absolutely is critical that the press and the public seek to understand how he reacts to situations and, if possible, his motives. So, to what degree does that give us a pass on scrutinizing rumors?

There are exemptions within every ecosystem of tolerance. Body-positive activists often point out that liberal allies who would delete their accounts before telling a racist, sexist, or homophobic joke will still make punchlines of fat people. In the UK, people who are otherwise anti-racist and anti-nationalist have no qualms expressing public disgust for the Roma. Michelle Obama made famous the creed “when they go low, we go high,��� and many have adopted that with great brio, but not in regards to Trump. When it comes to Trump, people seem suddenly fine casting sidelong glances at addicts and the mentally ill.

Whether or not you find therapists’ participation in the piece gross, it was in violation of the American Psychiatric Association’s “Goldwater Rule,” which was created to draw a line in the sand for cases exactly like this. It’s very straightforward: Are you a psychiatrist about to publicly evaluate someone you haven’t actually treated personally? Don’t. Per a 2016 APA statement:

“Every four years, the United States goes through a protracted elections process for the highest office in the land. This year, the election seems like anything but a normal contest, that has at times devolved into outright vitriol. The unique atmosphere of this year’s election cycle may lead some to want to psychoanalyze the candidates, but to do so would not only be unethical, it would be irresponsible.”

Those articles may have sparked some lively banter, but they also undermine the idea that everyone should be treated with respect — that men like Donald Trump should not be able to purchase public discourse outright. People do this because it’s gossipy and fun, but also because it’s funny. Making punchlines of Trump’s myriad tics and pretensions is both doable and rewarding for people that don’t like him. It’s a means of coping with despair for some, and a way to fight back for others. But often the joke lands on the wrong person. There’s no need for a moratorium on hum, but there’s definitely a need for better jokes.

Ethically, the middle path seems to be paying close attention to Trump’s behavior and attempting to divine what drives it without assigning diagnostic language. It’ll take time, as it always does for a new standard to establish itself. Many liberals have objected for years to the flippant use of the word “retarded,” but will still casually describe annoying co-workers as “OCD” or “psychotic” or “bipolar.” The rise of Trump could slow progress towards removing those words from casual conversation. Mental-health advocates urge for more careful use of psychiatric terms, the way activists for other marginalized identities caution against using the “n” or “f” or “c” words. There is, after all, nothing to be gained from shaming people with ignorance.

If pundits and protesters can avoid diagnostic language, they also have more of a chance of keeping the focus on the man himself, and facilitating more actionable discourse. It’s not even that fine a line to walk: We’ve done it already. The fact that Trump is a germaphobe, for instance, is well-known among reporters who cover him, yet it doesn’t often arise as a subject of discussion. When it recently surfaced in the great “urine sterility” debate of early 2017, reporters were — for the most part — able to have that discussion without mocking germaphobes, a group that, by his own admission, includes Trump.

Does Trump’s germaphobia provide a means of understanding his entire psyche? Not really. What it provides is a means of understanding some of his behaviors. It’s not a scandal; it’s an explanation. And to whatever degree journalists can find further explanations for other behaviors or beliefs, they will be helping the public understand the executive branch. Guessing doesn’t help anyone understand Trump because conjecture is ultimately projection. It’s what Trump does and says that ultimately deserves to be questioned, praised, or lampooned, not mental health issues he likely doesn’t have but other Americans definitely do.