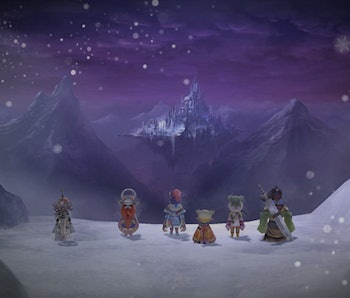 Nintendo Switch will be available on March 3, but what’s the point if there’s nothing to play? If the Switch is Nintendo’s revamped attempt at the Wii U, it’s a relatively encouraging one. Currently, only a couple games are known to release on March 3, but several more will soon accompany them within the launch window.

So, whether you’re a Wii Sports kind of person (who just so happens to like milking cows in competitions with your friends and family), a fan of the Zelda series, a lover of chart-topping hits to dance to, or more of a classic game fiend, there’s going to be something for you on the Switch.

Here’s a list of all the games that will be arriving within the Switch’s launch window on March 3 and beyond. Prepare yourself for some weird puzzle solving, Mind Magic, and paper-cutting.

Here’s Nintendo’s next jab at a Wii Sports-type multi-player. 1, 2, Switch features “Face-to-Face” gameplay. As in, you look your partner in the eye as you go up against one another in Wild West duels and, yes, cow-milking competitions.

The Legend of Zelda: Breath of the Wild — March 3

Get ready for what’s promised to be an “open-air” adventure in the latest installment in the Zelda series. Travel across fields, through forests, and up mountains as Link to explore the wilds of Hyrule like never before.

In this Skylanders game, Kaos is using Mind Magic to create an unstoppable army of Doomlanders. Only the Senseis and the Skylanders can regain this ancient power and save Skylands.

This strategic game focuses on the journey of three heroes to escort the twin princesses of their land to the Princess Academy. Combine hundreds of spells for the ultimate combo effects, and ready yourself for “irreverent” humor and game-changing levels of difficulty.

Setsuna was chosen as the next sacrifice for her powers of enchantment. Journey with her and her safeguards on the way to the mysterious island, where a sacrifice is made once every decade to appease the fiend.

Just Dance 2017 includes 40 chart-topping hits from “Sorry” by Justin Bieber to “PoPiPo” by Hatsune Miku. With five game modes and updated content expected, you can turn on your Nintendo Switch and dance with anyone.

If you’ve ever wanted to play a game that lets you cut shapes out of paper and arrange them to solve puzzles and other challenges, this is the one for you. Snipperclips promises “ever-changing gameplay” and sentient pieces of paper, so this is definitely something to check out.

Bomberman was first introduced to the world in 1985. This updated version for Nintendo Switch is essentially the same Bomberman folks have come to know and love, just with 3D stages and updated graphics for up to eight players.