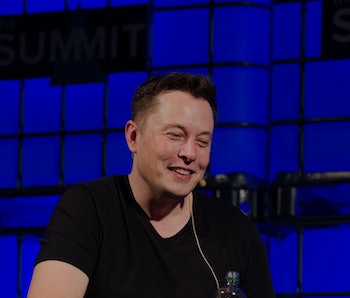 Tesla is set to debut a software update for its Hardware 2 cars to enable autopilot on Monday, Elon Musk confirmed Sunday morning.

In a series of tweets, Musk explained that the first 1,000 cars running on HW2 will be updated initially, with the rest of the HW2 vehicles on the roads receiving the update in “shadow mode.” If the initial 1,000 cars operate without problems, he said, the rest of the fleet should switch over to full autopilot functionality by the end of the week. He also mentioned that the update will enable “Ludicrous+,” which sounds like an even-more-intense high-speed mode than the one currently offered.

For Tesla owners who bought an HW2 model (all cars sold since October 2016), this is welcome news because it means that the autopilot hardware with which the car arrived will actually be useful. And for the owners of cars with the previous generation HW1, Musk says this new software suite will offer improvements, though he didn’t specify what they would be.

Hardware 1 vehicles, despite being older than the HW2 models, currently run a more-complete version of Autopilot — eventually, the HW2 models Autopilot will outstrip the earlier models, but the technology is still catching up to the new hardware. The key difference is that HW1 models can use Autopilots flagship Autosteer technology (which actually steers the car) at highway speeds of up to 90 mph. Musk clarified in another tweet that the new update will allow HW2 models to use Autosteer, but will keep them capped at 35mph “for a little while longer” until the company has more data. In other words, HW2 vehicle owners will have a useful bit of tech for traffic jams, but can’t quite go hands-free on the open highway yet.

The software won’t roll out all at once. Only 1,000 vehicles will receive the update on Monday, with the rest operating in shadow mode. In this operation mode, vehicles will log when Autopilot would have intervened to prevent accidents, but will not actually kick in. In this way, Tesla can collect data on thousands of road miles without the risk of rolling out an unproven system to all owners all at once.

Shortly after the initial tweet, Musk specified that this shadow mode operation should be temporary, with all HW2 cars receiving the autopilot suite by the end of the week. Eventually, HW2 cars will be capable of full autonomy under Autopilot 2.0 — these gradual updates are all milestones on the way there. Tesla’s plan is for its entire fleet to be self-driving by the end of the year.