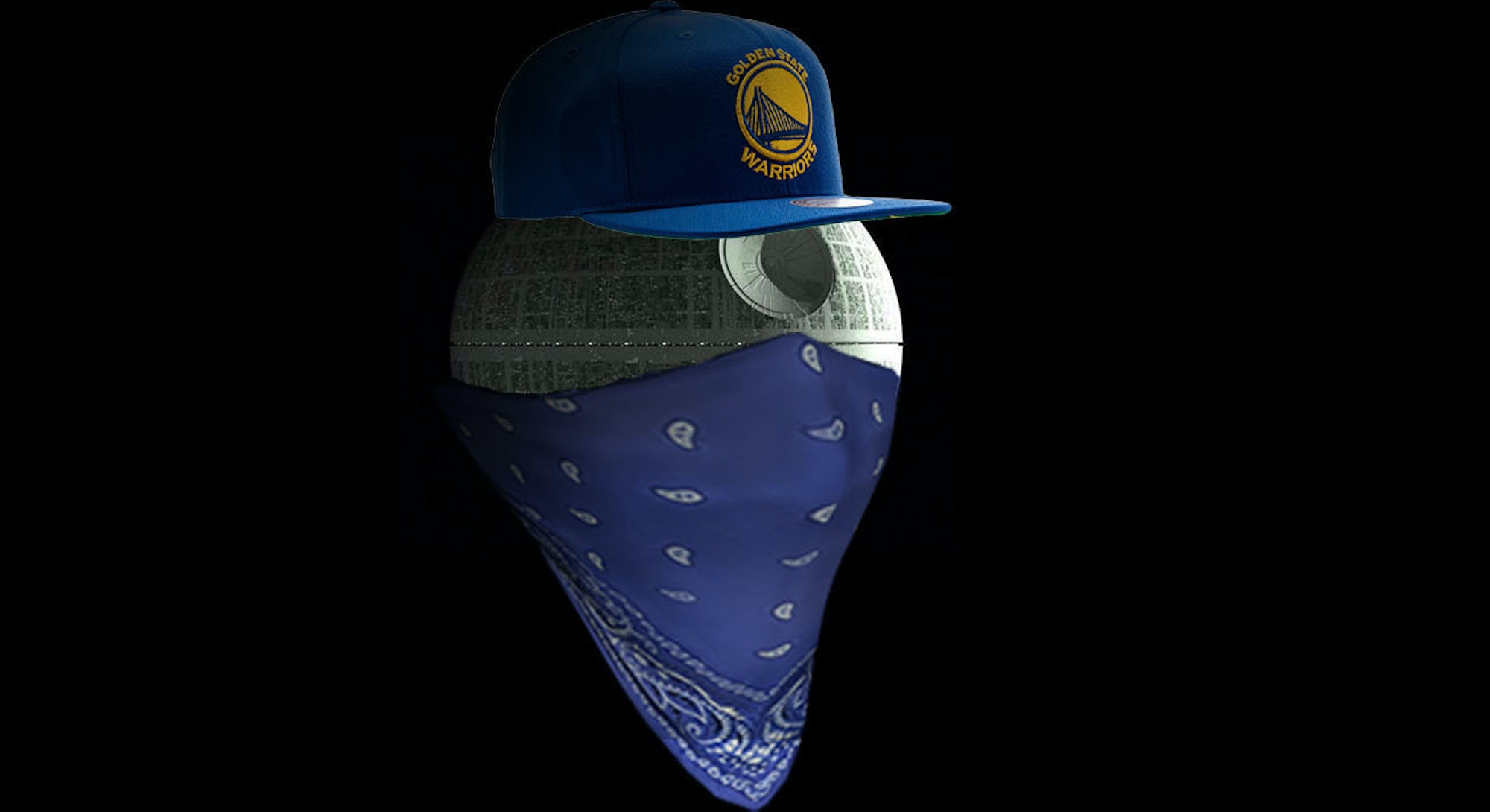 The most memorable line in Antoine Fuqua’s facial-hairsploitation update of The Magnificent Seven was also its least subtle. Goateed Sacramento aristocrat Bartholomew Bogue, sweating in anticipation of his inevitable damnation, explains to sideburned Denzel Washington — played by Denzel Washington — why he must abandon Rose Creek, the gold rush town he’s defending from a malevolent posse turned bandito corporation.

“This country has long equated democracy with capitalism, and capitalism with God,” Bogue growls through clenched teeth, eyes, and rectum. “You are standing in the way of God.”

Perhaps Bogue skimmed through some Howard Zinn fan fic while riding toward a cavalry of his own making. Or perhaps — and this seems the likelier scenario — he’s just the messenger, the guy telling people that they can’t just get along and go along in a world where some people have gatling guns and some don’t. The aerated body of Ethan Hawke makes his position that almighty power doesn’t play well with down-home virtue absolutely clear. But Denzel declines to engage with his foe’s fairly simple logic. Like seemingly every other 2016 conflict, the fight between Bogue and Denzel comes down to the inevitability of superior technology versus the perceived virtue of the status quo. Ultimately, Chris Pratt blows up the big gun and the town gets its flailing economy back … because movies.

Less of a city on a hill than a favela in a ditch, Rose Creek remains a shithole. But, by the end of the movie it’s a shithole in which “simple farmers” can do simple farm jobs while ignoring a literal gold mine just a nugget throw away. Denzel rides off into the sunset as the people he’s saved from a outsider get back to the righteous American business of competing with each other over meager resources. Music swells.

To understand how Magnificent Seven pulled in $35 million on its opening weekend, one must understand that Denzel Washington is bankable in mid-budget action films and also that 2016 was all about Americans reflexively, suicidally, and sometimes nobly throwing themselves in front of big guns in the hopes of securing a temporary peace.

“Competition only works when rules are in place to keep it fair and open and honest,” President Obama explained in December. The remark could have been mistaken for a bromide, but it was something different: The last of a year’s worth of University of Chicago-style cri de cœurs, a call for Americans to fight for the right to an even fight.

This brings us back to how fights get won and to the gatling gun, which also cameoed in Westworld, in which a robotic white hat used it to mow down a confederate phalanx, and Rogue One, in which it played the Death Star. The latest Star Wars film was so explicitly about the big gun/little gun divide that the entire plot was about stealing engineering specs. That narrative was particularly potent because it declined to veer toward the Cold War default common in modern action movies: Two sides built up their arsenals then unleash CGI chaos on each other in an exquisitely choreographed nine-minute crescendo. Instead, there was just the one big menacing thing and it blew people up.

Rogue One took the shine off the idea of disruptive innovation — the Death Star is a hell of a space station, but no one talks about that — by rubbing away the glory of invention then rubbing out the engineer. Iteration is way less thrilling when the purpose of a tool is laid bare.

When purpose is laid bare, new technologies don’t necessarily appeal to those that don’t have them. This is why Americans were eager to get back to rooting against George Lucas’s tribute to the Nixon regime and why America loved Steph Curry right up until the owner of the Golden State Warriors disclosed to the New York Times Magazine that his management team was “light-years ahead of probably every other team in structure, in planning, in how we’re going to go about things.” After that, it was inevitable that America would root for Lebron. Steph Curry the good dad with the jump shot was easy to root for; Steph Curry the technology was not. When Lebron’s Cavaliers won, paroxysms of joy shook cities far away from Ohio’s flaming lakes.

Lebron looked quite a bit more somber when he joined with other NBA stars to give a speech at the ESPYs in support of the Black Lives Matter movement, which was becoming controversial because of a disagreement about who possessed the big gun. Those supportive of the movement suggested that the militarization of police departments emboldened to heavy up in African-American neighborhoods and not held to account for acts of violence perpetrated against unarmed children was unacceptable. Those opposed to the movement, notably police and racists, seemed to suggest that African-Americans themselves were a frightening weapon. The phrase “All Lives Matter” was used as a rhetorical device to distract from the fact that second-hand M16s werent being pointed at all Americans. Rallies led to counter rallies led to inappropriately and bizarrely parallel demonstrations of aggrieved victimhood and righteousness.

In 2016, the ultimate form of righteousness became the victory of traditional work over superior technology, which increasingly seemed to be conflated with a loose idea of cheating. Amazon was condemned for taking losses while investing in automated warehouses in the same way Russia was condemned for pumping its Olympic athletes full so full of PEDs they didn’t have room for dinner. Hillary Clinton’s private server scandal became representative of the whole problem rather than of supreme and illegal incompetence on the part of a computer illiterate candidate. Americans seemed bound and determined to put a modern twist on the tale of John Henry, by headbutting the steam drill into submission before getting to work. And when that failed, they worked the refs.

Unsurprisingly, this didn’t prove effective. Uber went on uberring. FoxConn put thousands of new “FoxBots” to work. The patriarchy had a party in Trump Tower.

And the owners of metaphorical steam drivers and gatling guns as well as the real Dallas Mavericks were openly dismissive of the value of sweat-and-blood labor. In February, Mark Cuban described the idea the “lump of labour fallacy,” the notion that there is a finite amount of work available and that automation must therefore lead to unemployment, in a fire blog post that eventually bounced around to a statement worthy of an oversized t-shirt. “Barring a huge societal shift in our economic beliefs,” wrote Cuban, “increased automation will simply continue to divert wealth to capital owners while labor stagnates and dies.”

Only two months after Cuban got on his horse, discussions of universal basic income and automation, the ultimate big gun, had been sidelined by the ascendent Hillary Clinton, who officially defeated Bernie Sanders by July. They only flared up again post-general election when progressives made it to the bargaining stage of the Kubler-Ross grief model. The most noteworthy proponent of UBI became Elon Musk, the capitalist most identified with the idea of expanding westward all the way to Mars. It was as though Bartholomew Bogue had ridden into town and asked all the simple farmers to take equity stakes in the gold mine and the gatling gun then manage them through consensus.

Naturally, the farmers immediately got in a fight. Musk was hailed as a visionary by some and a government-subsidized crackpot by others. Communal benefit from technological advancement seemed to baffle those more accustomed to resistance and fear. The script was restored a month later as President-elect Trump hijacked the attention of the media, world leaders, and everyone susceptible to the harmful effects of radiation by tweeting about the need to increase America’s nuclear stockpile. Technology was scary again.

At that point, many commentators had started speaking about 2016 as though the year itself was a weapon. Countless headlines asked why 2016 had took aim at beloved celebrities like Prince, David Bowie, Carrie Fisher, and John Glenn as though a year could do that. The notion of just getting past this fucking thing went viral in a low-key way on and off the internet. In the face of a bad year characterized by the failure of hard work to push through technologically defined inequalities, Americans opted to work hard to push through a few more weeks. That attitude will likely seem comical in the near future when — if all goes well — time will have demonstrated its ability to roll on. But it won’t seem more comical than the notion that volunteering to be canon fodder is virtuous or, in some sense, American.