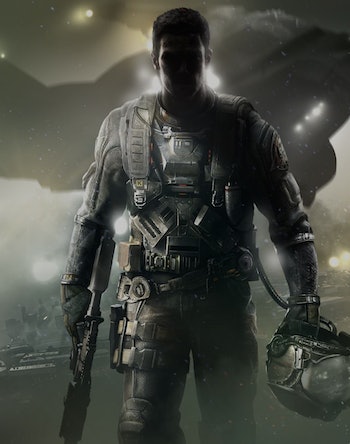 Intense competition and intricate layers of strategy might not be the first things that come to mind when you think of Call of Duty, but you’ll be surprised to learn that the games have been played at a competitive level for years. Drawing skilled professional players, Call of Duty has been a satisfying esports playground for nearly ten years, though it never gained the same level of mainstream popularity as, say, League of Legends. Now, though, things are starting to change.

As esports grows at an incredible rate, Activision sees a lot of potential in promoting Call of Duty as a major competitive sport. We talked to Activision’s Lead Brand Manager for Treyarch Studios, Jay Puryear, who’s spearheading the Call of Duty World League (CWL) and Infinity Ward Community Manager Ashton Williams about the company’s plans for Call of Duty esports while at MLG Vegas.

One of the things I was curious about was how you’re making Call of Duty more of an esports draw alongside games like Counter-Strike: Global Offensive. What have been the challenges?

Jay Puryear: From a CWL point of view, one of the things we focus on is really adding some structure to the Call of Duty scene in general. In the past, it was a lot of individual events that didn’t really have any correlation between the two. We really started to look at it holistically. How could teams start competing in the game from the beginning, at launch in November and December, and really have an event at the end to really culminate the activities? I think for us, the ability to really add structure to create this concept of a league … and engaging not only the organizations and the fans, but just really focusing on how that all works has been the big thing that we’ve done to really solidify Call of Duty as an esport.

Has your vision for CWL changed over that time?

Jay: I think so in some ways. The challenge for us was, first year we looked at it differently than now. Organizationally, we have a lot of information, a lot more data points to say here are some of the things that really worked, here are some of the things that we need to look at to see how can we make them better. This year, we’re having a LAN season. So [we’re] really listening to fans and we’re trying to get something that everyone’s asked for. I think, again, that’s how we continue to grow — we listen to the community and listen to the organizations and the players.

How did you foster a group of people to come together and support Call of Duty as an esport?

Jay: This is something that’s always been driven by the community, and Ashton’s been involved in that community quite a bit as well, so this was something that was just grassroots, very organic. You know, CoD’s been played competitively now for seven to ten years, something like that?

Jay: Just to see how it’s gone from that core of an idea where everybody just wants to get together to find out who’s the best, to here we are this year at CWL, we’ve got $4 million in prize money, where before, you know, it was just —

Jay: (laughs) Yeah! Congratulations, you get the title —

Jay: So it seems like just yesterday, but you know, when you start to look at the growth and where we’ve come from, it’s been quite a bit over the last few years.

What have you done to promote that? Do you work with Twitch? Do you have certain initiatives to build community?

Jay: It’s a combination of Activision and the reach that it has socially, and being able to use Activision and the brand for Call of Duty to bring awareness to that. I think Ashton can talk about how some of the game features that they’ve done have really helped support some of that.

Ashton: Yeah, social media grows, and the way we interact with fans grows. That’s the way we implement it into the game, by having team features and allowing players to play together more often and more frequently. When you look at old Call of Duty games, it was weird. There was a website back in the day where you had to go to find players. Taking everything that we can do with the game itself and making it more applicable for players forwards that. It’s just momentum. It’s been interesting to see all of this work together.

The Live Viewer [a feature in Infinite Warfare that lets you stream matches] is live now for this event, and it’s a good way to bring people in, and even for people who didn’t know that this existed, that esports existed. It’s right there. It’s in their face. It’s the first thing they can actually see in the menu. It keeps getting better, and better, and better.

That’s a great way to expose people who wouldn’t normally seek that out.

Ashton: Yeah, and if they’re playing a couple of games and they want to take a break, they literally just tab down a couple of times and they’re in. It’s really cool.

Jay: You find, on the CWL side, a lot of people asking us, “How do I become a pro, and how do I get involved?” Being able to actually pick up a controller, to Ashton’s point that [Live Viewer is] in the game, and be able to go “Wow, I never thought of that strategy” or “I never tried the loadout that way before,” or you know, “I didn’t know you could use that wall run on a particular map.” It’s very aspirational.

Then you actually have an opportunity to pick up the controller right after you see a great play and try it yourself, and I think it also helps fans realize how good these players really are. The appreciation of what you’re watching and the skill level that [professional players] have is a pretty unique situation for us.

Ashton: They can go watch an Uplink match and see something and then back out and go into a custom game and we actually have a practice mode so if you want to learn how to throw the drone you can do that. And it’s a really cool way to get upcoming players in and just [get] exposure.

From a development standpoint, when you’re designing, say, Infinite Warfare, do you design them with esports in mind?

Ashton: Absolutely. We definitely take into consideration the various amounts of players. Not every player is gonna play Infinite Warfare the way these guys do. One thing that we’ll do is work with the pro players prior to launch. Even through launch, even in post-development, we still work with them. We’ve also made a lot of the changes global, so some things that the pros play with, you can go home and play with as well. So it’s a balancing act, but it’s also making sure that we expose everyone to the same content. So we absolutely do keep esports in mind.

How do you maintain that balance?

Ashton: It sometimes depends on what we’re doing. If we’re talking about weapons or specific details, we do a lot of research and take a lot of feedback from players on both ends to say, “What’s the best medium here?” And other times, the pros do need a little bit of extra love for the way that they play, because they utilize the game in a way that not very many people do. We’re very accommodating to that and making sure that they get the best experience out of Infinite Warfare.

What do you see in CoD’s future as an esport? Where do you see CoD innovating in that space?

Jay: We need to create a strong foundation. We need to be able to give players who want to become pro players the opportunity to do that, through some of the things we’re doing with GameBattles, which is online with MLG. We have free online opportunities [at MLG GameBattles] for players to get involved in the scene and earn Call of Duty World League points. The idea is that you’re playing the game with some of the tools that the development-side has put in, now you can come in and play GameBattles for free and you start earning CWL points. Those points will help you at some of these LAN events with getting seen or getting in.

And so for us, just being able to create a sustainable ecosystem for our players from one year to the next, [we want] the ability to say, “We take you seriously. Here’s an opportunity. If you’re good enough, here’s a path for you to be up here like your idols are now.” [We want to build] that foundation and give all players the opportunity to fulfill their dreams and become a pro CoD player through the foundation of what we’re currently doing with CWL. We’ve learned, and we continue to learn so much. I can only imagine, at the end of this year, what we are going to find out.

That’s very important because a lot of esports have a very high barrier to entry.

Ashton: And CoD got bigger and bigger throughout the years. I mean, when I first started playing, I was playing on GameBattles. That was the only way I could do it. And for me, and it’s similar for some people here, they don’t have money to go to all of these events all of the time. So being able to play online, that’s a dream. I wish I had that way back when. You know, I might be on that stage.

It’s also, from a development standpoint, taking into consideration all forms of players that exist, and then giving them that opportunity. I mean, they might not be the next pro, but they can get there. And that’s really cool. That’s something that didn’t exist five or ten years ago.

Sounds like the perfect way to foster a stronger community.

Ashton: It’s a very passionate, vocal community. But we communicate with them on the studio side in all forms of social media, and Reddit, and all that stuff. To take all of that pro feedback, and then the core feedback, and feedback from casual players and make it this one bundle — it’s a little challenging sometimes, but it’s awesome.

What are you most excited for in the season to come?

Jay: We’ll be announcing some international events here pretty soon. And having a LAN league is pretty exciting for us. We think it really is setting up for a great year. The fact that we’re here in Vegas with a sold out crowd, I think it really bodes well for what we have planned this year. It’s just going to be pretty exciting to see what this year does for CoD champs overall.

Ashton: Yeah, we’re just excited. You know, we watched the Black Ops tournaments and it was just nuts to see these guys play. I actually cried when they started because I was like, “This is so cool!” Because it’s something you did. So I know there are a lot of guys at work right now, and we’ve got monitors all over the studio, so I know they’re watching. It’s going to be an exciting year.