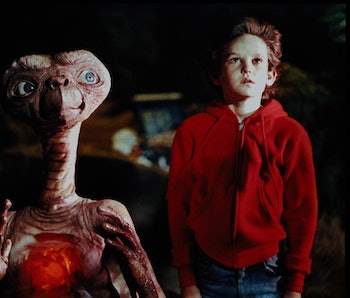 When Netflix announced on November 30 that it would be adding a download button to certain titles — mainly to its own original projects — the world rejoiced. Finally, something good came out of November. And with the addition of new streamable content for January comes a separate, but equally important list of the new shows and movies you can now watch offline.

The offline feature will probably be the saving grace of so many people traveling after the holiday season. Just visited your grandparents for the holidays and feeling like zoning out for the entire plane ride home? Pull up the classic Bee Movie and watch a human woman fall in love with a bee. Or, watch a child become besties with Steven Spielberg’s extra terrestrial, E.T. There are also a couple of comedy specials on your plate: Jen Kirkman and Jim Gaffigan both have new Netflix Original standups in January to help you start out 2017 with a good laugh. Happy offline watching!

One Day at a Time, Season 1 NETFLIX ORIGINAL

Best and Most Beautiful Things (2016)

Casablancas: The Man Who Loved Women