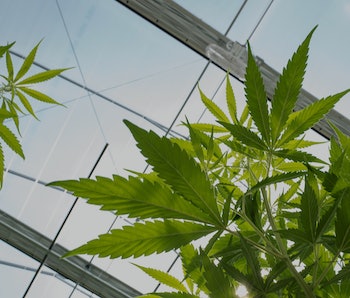 Among the stories that were somewhat overshadowed by Donald Trump’s election earlier this month was the news that four more states voted to legalize recreational marijuana. California, Massachusetts, Nevada, and Maine have joined the ranks of states that already permit its use. Four more states approved the use of marijuana for medicinal purposes: Arkansas, Florida, Montana, and North Dakota. The news was hailed as a victory for advocates of marijuana legalization across the country, and with good reason, as it appeared that the trend toward marijuana legalization had reached a critical mass.

Despite the fact that the federal government and the Drug Enforcement Administration aren’t taking steps toward legalizing weed, advocates were hopeful. There are paths to full legalization that don’t require the government to change its stance much. The states’ rights approach seemed to be working just fine.

That is, until November 18, when Trump announced that his pick for attorney general would be Alabama Sen. Jeff Sessions. Throughout his political career, Sessions has been outspoken in his opposition to marijuana and those who use it. He’s even gone so far as to say that “good people don’t smoke marijuana.” He’s also called the drug “dangerous.”

Sessions’s appointment has cast something of a pall over the newly heightened spirits of marijuana activists. He has previously stated that he opposes the notion that the recreational use of marijuana should ever become socially acceptable. Such a change, says Sessions, would lead to people “being addicted and impacted adversely.” We’ll likely find out where things stand for marijuana in the first year of Trump’s administration. Exactly where that will be is anyone’s guess. There are reasons to feel both a bit worried and hopeful for a green future.

Evaluation of the Cole Memo

State-level laws legalizing marijuana have been allowed to exist and succeed thus far because of a largely laissez-faire approach to enforcement by the federal government, which also still holds that marijuana is illegal. Thanks to what is known as the Cole Memo, states with laws allowing marijuana have been given a long leash with respect to those policies.

The issue with the Cole Memo is that it’s just that: a memo. It’s not a law or judicial decision. It falls under the limited power granted to the Executive Branch to direct federal agencies on how to enforce the law. That means it can be overturned in a moment’s notice by the head of the Justice Department. If Trump, and therefore Sessions, decide they want to crack down on the sale and use of marijuana in states where it’s legal, the federal government can make that happen. It might not amount to a total stoppage, but it will prove a significant hurdle. As a Republican, Sessions technically belongs to the party of states’ rights, but he appears to have no problem superseding those rights on this issue.

The financial benefits of weed prove to be valuable

On the other side of things, it’s undeniable that legalized marijuana has proved to be a boon for state and local economies. In 2015, Colorado brought in about $135 million in taxes from marijuana out of a total of nearly $1 billion in sales. And the weed industry is only set to flourish as recreational sales begin in states like California, which has the most massive economy in the country. Americans may be loathe to see the federal government remove that kind of money from their state economies. It’s possible that the debate over marijuana will move from the realm of morality and into the realm of finance, which would certainly make the rolling back of progress more difficult.

There’s also public opinion to consider. Back in October, a Gallup poll put public support for legalized pot at 60 percent, a clear majority that is likely only to continue growing. Support numbers like that mean that any move by the Trump administration to roll back is going to cost political capital. That may prove to be a finite resource for Trump, given all he’s promised to accomplish. Trump might, despite Sessions’s hardline stances on the issue, elect to hold off on changing the government’s marijuana policy indefinitely. That might just be the best hope that weed has for defending its progress.