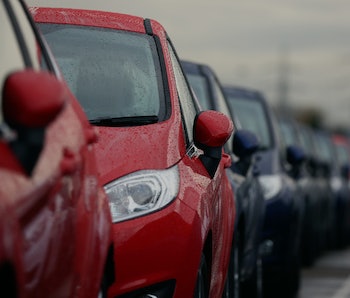 Engines make a lot of noise. While this is often frustrating, it actually makes vehicles safer, as people can hear them even if they can’t see them coming — but electric cars are stealthy. That’s why the National Highway Traffic Safety Administration (NHTSA) announced on Monday that it’s going to require hybrid and electric vehicles to get a little louder.

The new federal guidelines will require manufacturers to build electric vehicles that make “audible noise” when they’re moving slower than 19 miles per hour. NHTSA said this will “help to ensure that blind, visually impaired, and other pedestrians are able to detect and recognize nearby hybrid and electric vehicles.” It estimates that this will protect 2,401 pedestrian injuries if roughly four percent of America’s fleet is made up of hybrid or electric vehicles by the 2020 fleet year.

So what will these vehicles sound like? The possibilities are endless: Relying on artificial noises instead of natural sounds could allow manufacturers to make their vehicles sound like a crackling fire, the “Ode to Joy,” or a galloping horse. NHTSA has minimum noise requirements, so the vehicles can’t merely whisper, but it doesn’t say they have to be engine-like.

The agency will require all vehicles of the same make, model, and year to sound the same, though, which means you won’t be able to decide what noise your vehicle makes yourself. This rule is supposed to make it easier for pedestrians to identify vehicles based on the noise they make — presumably so they can guess if it’s safe to cross the street in front of them, for example, not so they can judge you for not being able to afford a Tesla.

Jokes aside, noise plays an important role in how we drive. Most people recognize emergency vehicle sirens when they hear them, for example, and Google has taught its self-driving vehicles to honk like “a patient, seasoned driver” instead of a raging lunatic.

Electric vehicles are becoming more popular, and government initiatives like the 85,000-mile-long “alternative fuel” corridors revealed on November 4 could help them grow more popular still. Donald Trump could change that by nixing vital financial incentives, but for now, the government supports their adoption.

NHTSA is giving hybrid and electric vehicle manufacturers until September 1, 2019, to comply with the new rules. The electric revolution is coming; now you’ll actually be able to hear its approach, at least once this rule takes effect.