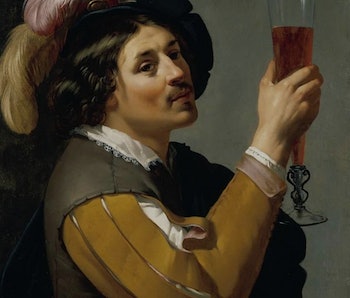 Joining the growing list of startups exploiting our love of DNA-personalized products is a company called Vinome, which is cashing in on the notion that your wine preferences are written in your genes. The startup, connected to the DNA sequencing company Illumina, promises to provide you with your perfect bottle of wine, based on a DNA analysis of your saliva. This claim holds up as well as a sauvignon blanc to a bloody steak.

The problem with Vinome is that there’s no scientific evidence that shows which DNA variations affect a person’s wine preference.

“It’s just completely silly. Their motto of ‘A little science and a lot of fun’ would be more accurately put as ‘No science and a lot of fun,” medical geneticist Dr. Jim Evans told STAT. “I’d put this in the same category as DNA matching to find your soulmate. We just simply don’t know enough about the genetics of taste to do this on any accurate basis.” It’s impossible to tailor wine choices to a person’s genes because scientists don’t yet know what genes — and what combinations thereof — control our sense of taste when it comes to wine.

Vinome’s CEO Ronnie Andrews and Dr. James Lu, the senior vice president of applied genomics at their partner company Helix, insist their business is “arguably defensible in terms of the science.” There is “underlying scientific content” in the wine that Vinome provides, says Lu, although he admits “there are no genetic studies that show genetic polymorphisms related to individual wines.” In other words, there’s no science to show that you’re naturally predisposed to prefer a Malbec to a Merlot.

Still, Vinome’s researchers curated “hundreds of research studies” to “design a genetic test that will hone in on the genetic factors that define personal taste.” They analyzed 40 genetic variants, among 500 subjects that then rated a dozen wines, and filled out a survey on taste preference. When the consumer sends in their DNA sample, it’s then plugged into a “streamlined algorithm” that is built off of their findings. It then spits out a wine choice that’s supposed to be tailored to the consumer’s sense of taste.

While claiming science is advanced enough to do this accurately is a stretch, it’s not wrong to think that genes affect your sense of taste. Individual differences in taste perception have been shown to be affected by variants in the T1R and T2R genes: When you describe something as sweet, bitter, umami, or fatty, the genetic coding of your taste receptors plays a big role. Scientists have also found that genetic factors account for a variance in preference, especially with sweet and bitter foods.

Regardless of the fact that your genes do affect how you taste, what ultimately affects wine preference is a complex exchange of different factors, like odor, consistency, and temperature — and even your geography, your education level, and your perception of “mouthfeel.” Your DNA can’t tell scientists what wine you’ll love the most — although your ancestor’s ability to consume wine did affect your genes.

More like this
Mind and Body
Jan. 24, 2023
Is alcohol bad for your health? Here's what the science actually says
By Katie MacBride
Science
8 hours ago
The Weirdest Sci-Fi Apocalypse on Netflix Reveals a Controversial Field of Medicine
By Tara Yarlagadda
Science
4 hours ago
An Upcoming Mission to the Dark Side of the Moon Could Radically Reshape Astronomy
By PAUL M. SUTTER and Universe Today
LEARN SOMETHING NEW EVERY DAY.
Related Tags
Share: