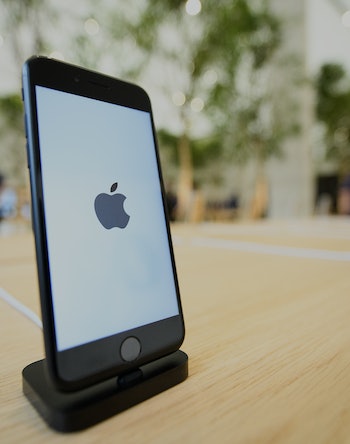 Many of the features introduced in Apple’s iOS 10, released in September, are obvious: Apple now offers to translate text into emoji, lets people use apps in Messages, and expanded Siri’s capabilities. But not all of the improvements made to iOS 10 — or even previous versions of the mobile operating system — announce themselves.

Here are the five iOS 10 features you should use but probably aren’t:

It’s been a while since Apple introduced text snippets to iOS, but most people are unlikely to stumble across them. Text snippets take a string of text, like “wfd,” and expand them into a sentence like “What’s for dinner?” This makes typing messages on the iPhone’s small keyboard less frustrating.

Using this feature requires you to go to Settings, tapping General, selecting Keyboard, and finally opening the text replacement dictionary. Apple already has one snippet (“omw” to “On my way!”) in here. More can be added by hitting the “+” in the corner, and Apple’s default can be removed by swiping it to the left and hitting “Delete.” Ta-da! No more re-typing the same messages over and over.

This feature is restricted to the iPhone 6s, iPhone 7, and the plus-sized versions of those phones. If you have one of those devices, and the 3D Touch feature that allows your iPhone to sense different levels of pressure is still enabled, you can clear all the notifications that accumulated throughout the day in one sweep.

All you have to do is push hard on the “X” in the top-right corner of the notifications tray that appears when you slide your finger down the top of your screen. An option to “Clear All Notifications” will appear. Tap it, then watch as the countless pings from all your apps are banished to their final resting place.

You know what isn’t fun? Being unable to take a picture, install an app, or download a game because the iPhone’s storage has been filled. While Apple increased the storage on the iPhone 7, everyone with an old device is likely to have very little space available to them after years of using their iPhone.

Now you can go to Settings, General, then Storage & iCloud Usage to find the Manage Storage option. This organizes everything installed on your device so you know what’s taking up your precious space, and apps can be deleted by tapping them and hitting the “Delete App” button. It would be nice if this were more detailed, but if deleting a game you forgot you downloaded a year ago frees up enough room to take a video, even the current iteration can be a godsend.

Your phone probably spends most of its time in your pocket or purse. There’s also a good chance that it’s always on silent, because that way there’s little risk of it being a distraction throughout the day. This leaves vibrations as the main source of notifications, and prevents the easy triage of hearing a specific tone or looking at the display to see if it’s an important email or yet another in an endless series of group text messages.

Custom vibrations can change that. Within the Settings app, go to Sounds on non-iPhone 7 devices or Sounds & Haptics on the iPhone 7. Either way you can then change a vibration pattern by selecting a category — Ringtone, Tweet, New Voicemail, etc. — then scrolling up to select Vibration and choose a vibration. You can also create your own custom vibration by hitting “Create New Vibration.”

Voila! Now you know what type of notification you’ve received without ever having to take your phone out of your pocket.

Bedtime is one of the best features of iOS 10. You should be prompted to enable it the first time you use the Clock app after installing iOS 10. If you aren’t, or if you change your mind after you decided not to use the feature the first time around, it can be found there.

The feature reminds you of when to go to bed and uses soft, non-jarring sounds to wake you up instead of blaring a traditional alarm tone. These noises can be a little quiet on older devices, but the iPhone 7’s new speaker system allows them to find just the right mix between “too quiet” and “so loud it defeats the purpose.”