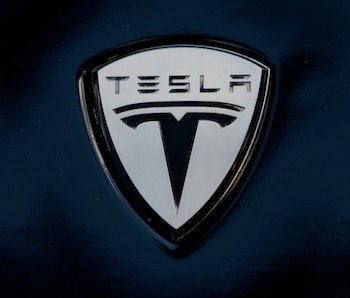 Hate to be the bearer of bad news Tesla fans, but you will have to wait a few more days before finding out what that new mystery product is.

Musk teased on Twitter last week that in addition to the Tesla/SolarCity event later this month, the car company planned on unveiling a new product on October 17.

But what that product is exactly, we don’t know.

Many fans speculate the announcement will have something to do with Autopilot 2.0 — a highly anticipated upgrade to the current autopilot system. The new system will add sensors to the vehicles, enabling more features, like the ability to read stop signs and interpret traffic signals in order to help the cars navigate city streets.

Musk first announced the Autopilot system in 2014, with it eventually hitting the market in October 2015. Wednesday’s release comes just after its one year anniversary, making it a likely guess.

However, Musk says the reveal will be unsurprising to most — leaving us to wonder just what Wednesday has in store.

Could the announcement include a look at the interior of the new Model 3 sedan, or maybe even a peek at the rumored Model Y?

Perhaps it’s something else entirely. The only thing we know for sure is we have to wait a little while longer.