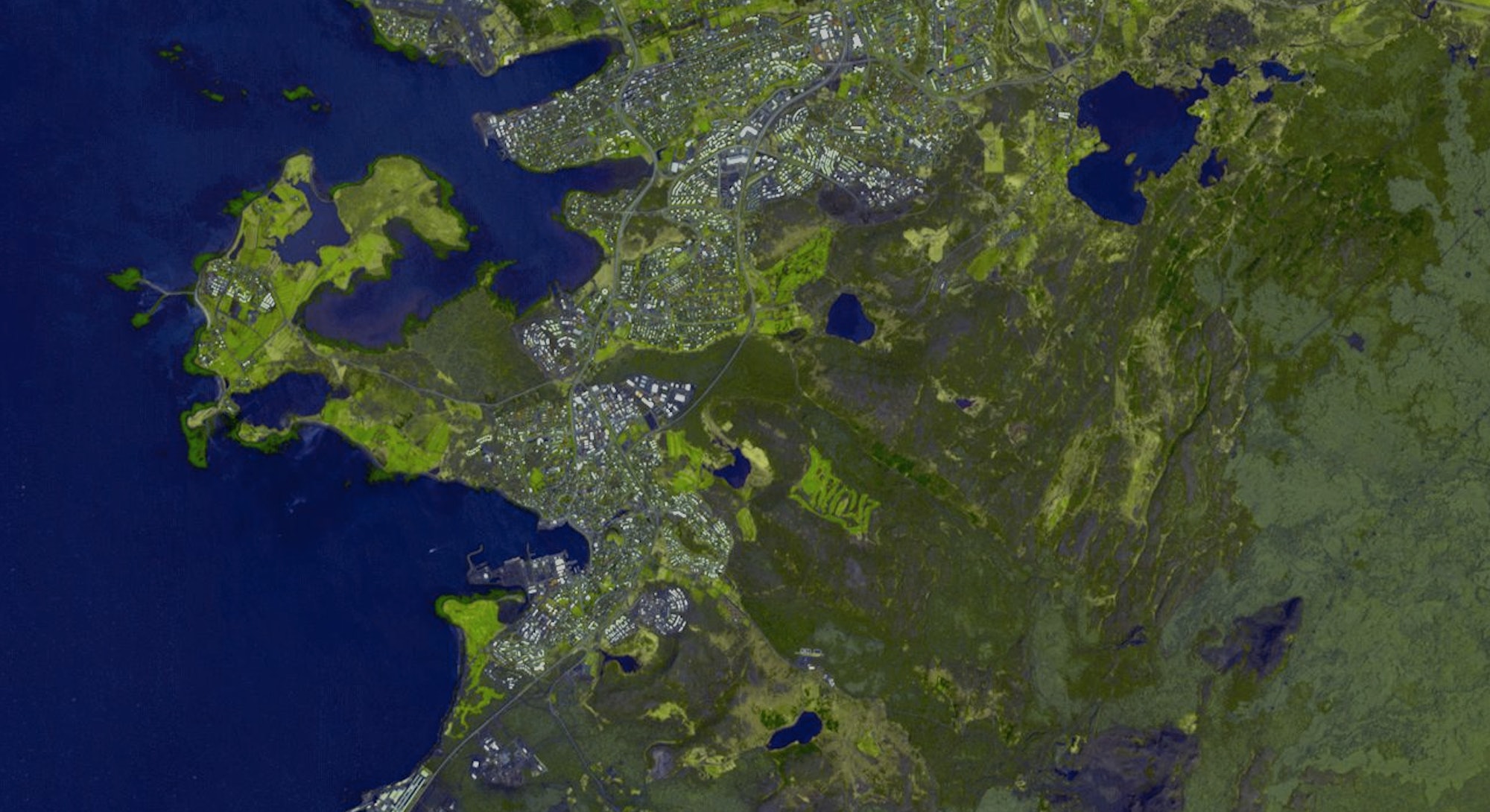 In the satellite town of Keflavík, a forty-minute drive from the center of the Icelandic capital of Reykjavík, sits a 200,000-square-foot data facility containing 400,000 servers. Poking up above the snow-covered hills, the whitewashed exterior of the complex resembles a military barracks. Inside, winding, sterile corridors are flooded with the hard light of fluorescent ceiling bulbs.

The place feels dystopian — like the wrong side of a quarantine fence — but it isn’t. Not at all. Owned by a company called Verne Global, the world’s first zero-carbon data center represents both the future of big business (BMW keeps ones and zeroes here) and a national ambition. Data centers are sprouting up from Iceland’s cold soil as the country races to build out a data infrastructure sufficient to make it a global “Data Capital.”

Innovation in data infrastructure, both physical and legislative, is an Icelandic speciality. In 2010, the Icelandic Modern Media Initiative (IMMI) was passed unanimously by the oldest standing parliament in the world. This legislative framework was designed to transform the country and its capital city into safe havens for information by providing strong legal protections, unrivaled by any other country on Earth.

“Icelanders are gadget freaks. We live on this tiny island with 330,000 people. It’s a very long winter, so we’re like a completely indoor culture,” says Birgitta Jónsdóttir, the parliamentarian who co-founded the Icelandic Pirate Party and appears poised to become the country’s next prime minister.

Iceland’s journey towards data haven status began on the streets of Reykjavik in 2008, when the global financial crisis hit and Iceland’s economy imploded. Unlike the rest of the world, the island nation didn’t freeze. The Icelanders made moves: They jailed the bankers responsible for the crash, crowdsourced a new constitution and got behind the Pirate Party — the once fringe political movement that’s expected to win a majority in next month’s parliamentary elections.

Jónsdóttir’s work has been instrumental in drafting, championing and implementing the IMMI legislation that underlies Reykjavik’s metamorphosis into the forward operating base for the digital rights movement. “95% of Icelanders are on the Internet and almost as many are on Facebook. We are not a technology-afraid nation and that really changes what is possible,” she explains.

There’s also a lot of local expertise. Having homed NATO bases for the US nuclear early-warning system during the Cold War, Iceland has been a key data hub since the inception of the internet. Data sent back and forth between Europe and North America is bounced along submarine data cables that plug directly into Iceland’s internet infrastructure.

More impressive still, Reykjavik’s energy grid is powered entirely by geothermal and hydroelectric sources. Iceland’s volcanoes and glacial rivers provide virtually unlimited sustainable energy for data centers, and at dirt cheap prices too. When the servers get too hot, smart ventilation systems open up and allow the sub-arctic winds to cool the systems at near-zero cost.

Because of its unique natural assets and its population’s determination to leverage them, Reykjavik, which has the same population as Evansville, Indiana, could become a global leader for all things digital. Two-thirds of Iceland’s population live in the metropolitan area, which is poised to become to data what Zurich is to finance.

With the rise of self-driving cars, the Internet of Things, and other futuristic technologies, data is becoming increasingly big business globally. As this happens, leading tech companies find themselves in need of exactly the kind of services Reykjavik is making a name for itself by offering. The most prominent examples of this are laws explicitly forbidding the disclosure of information to national intelligence agencies — something of enormous value to companies like Apple and Google after high-profile FBI attempts to backdoor their software. So could this result in a series of tech companies flocking to Iceland’s capital over the coming years?

“As a nation, we are making legislative changes that will help make us a data haven. Combined with our ideal environment and infrastructure, we hope this will have a positive impact for business in Reykjavik, and yes, attract technology companies,” says Mörður Ingólfsson, a civil rights and free software enthusiast, and CEO of 1984 Hosting, Iceland’s biggest ISP.

“We hope also that people in general appreciate this kind of environment, and that other countries will adopt our approach and move the rights that we take for granted in the real world into the cyber world,” he adds.

Silicon Valley may be home to the world’s most innovative tech companies, and cities like Zurich and London may be global financial hubs, but it seems like nobody can compete with Reykjavik as a global data capital. The Icelandic economy may have suffered its biggest crisis in history in the years following the 2008 crash, but the future of its capital city looks bright and prosperous.