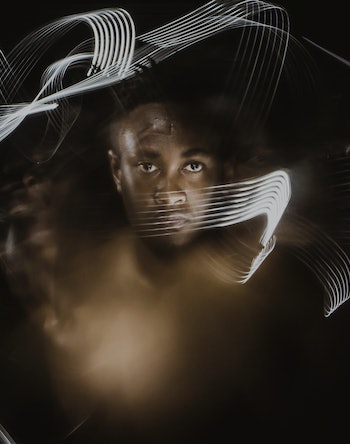 For as much time and money our culture spends on the idea of anxiety, we still don’t really understand it. The common narrative is essentially that fear and anxiety are vestigial, slightly faulty survival mechanisms that once helped us avoid being eaten by lions. But that’s an explanation that doesn’t satisfactorily account for more existential concerns about life, the universe, and everything. That narrative also does not consider that anxiety and flight reflexes might exist and function independently. This is the revolutionary argument Dr. Joseph LeDoux, a neuroscientist and the author of Anxiety: Using the Brain to Understand and Treat Fear and Anxiety, has just put forth in a new paper in the American Journal of Psychiatry. Along with co-author Dr. Daniel Pine, LeDoux challenges the long-held belief that the amygdala is solely responsible for the experience of anxiety and fear. He posits that fear and anxiety emerge from consciousness and memory.

To understand LeDoux’s work, it’s critical to understand that he’s publishing in a unique environment. There’s been no shortage of promising new research on fear and anxiety, but very little of that research has provided scientists with actionable data. LeDoux is claiming that the reason psychological studies don’t become psychological help is because experts fail to separate behavioral responses and accompanying physiological changes in the brain and body from conscious feeling states reflected in self-reports of fear and anxiety. For example, medications for social anxiety judged by whether they can make rat models exhibit fewer defensive behaviors don’t necessarily make anxious humans less anxious even if they help them become less defensive. It becomes difficult — if not impossible — to figure out if the behavior or a condition is being treated. This is why LeDoux wants to redefine anxiety. It’s also why he believes he can.

To find out what further implications this restructuring could have for the psychiatric field, Inverse spoke to LeDoux by phone.

In as few words as possible, tell me why we need to rethink how we study and define anxiety?

If fear, anxiety, and other emotions are indeed cognitively assembled states that emerge from information integration, rather than being an innate experience prewired into subcortical neural circuits, there is no fear or anxiety locus to target, and the changes in fear and anxiety may always be at the expense of emotional or cognitive capacities.

You say it might never be possible to create a medication that really targets anxiety. Where do you think treatment research should go from here?

The first step should be to do what you can to attack defensive and non-conscious systems, like with the amygdala. There are treatments available now, based on many years of behavioral research, that are the basis for exposure therapy — presenting a stimulus repeatedly to weaken its impact. So the idea is to use this method not to change feelings, but to change the propensity to respond to these kinds of trigger cues.

We’re talking about the opposite of trigger warnings.

Let’s say a patient has a snake or spider phobia — repeated exposure weakens the amygdala’s ability elicit a rapid heartbeat, nervousness, fidgetiness. It may not change the feelings, but once you’ve got that weakened response you can then use more traditional psychotherapy, cognitive behavioral therapy, talk therapy — there’s no one technique. There are two different systems in the brain here, and until now it hasn’t been recognized that therapy can’t treat both.

This new way of approaching the brain is especially important in the development of psychoactive drugs. Animal research isn’t useless, it’s very important, but it needs to be put in perspective. SSRIs may make a person less timid, more willing to go to a party if they have social anxiety disorder, but we’re not doing them justice in assuming all these reactions happen within just one system.

So what kind of specific therapies are we looking at if we begin treating anxiety and defensive responses as two separate systems?

You could start the whole thing off with subliminal exposure therapy. So, presenting stimuli in a way that prevents conscious awareness of it. That can get to the amygdala and activate it and weaken it without the conscious person knowing the stimulus is there, so they’re not freaking out over the fact that there’s a spider. But, meanwhile, the amygdala is still weakening. If the patient stares at a screen, focusing on a dot, there will be a 20-millisecond flash of stimulus and the person will say they didn’t see anything, but the amygdala has registered it. The brain is able to detect stimulus at a lower threshold than the conscious mind. People do this in lab studies and it could in theory be adapted into therapy, but it only works with a specific stimulus like spiders as opposed to something like death. But there are limitations here still in terms of availability of equipment, and people tend to be afraid of more complicated things, not simple things.

You told me previously that you thought this paper was “major” and would “get a reaction” in the field of psychiatry. What kind of reaction do you expect? How long do you think it will take to see what ripples this creates?

It’s hard to know, but I think I’m expecting to get a positive response. I think the field will automatically see that this makes some sense, that it’s just common sense that it should be this way, that it should be this way, and the evidence supports that. But you know, people are stuck in their ways. Especially if you’re coming from a theoretical rather than practical perspective, it’s hard to get people to change their theories. Even among colleagues of mine who do animal research, they say, ‘Yeah, I see, but it’s too much trouble to change our language.’