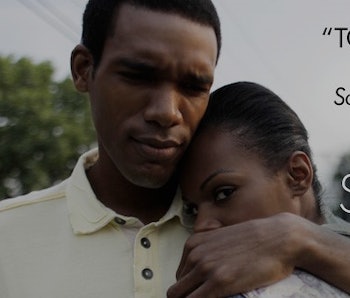 Many American presidents have been depicted on film, but not all of the actors portraying them do those roles justice. With Southside with You – about President Barack Obama and First Lady Michelle Obama’s first date before the White House was even a glint in their eyes – about to hit theaters, let’s take a look at some of the best American presidential appearances in movies.

Quite possibly the only good thing about Michael Bay’s bloated 2001 World War II historical epic is Voight’s fragile performance as a wheelchair-ridden FDR who must be a symbol of strength following the “date which will live in infamy.” Voight’s bits are disjointed from the rest of what happens to Ben Affleck and Josh Hartnett, but they work so well on their own that they could make for a nice abstract short film alone.

The scene of the speech FDR gave to Congress announcing the United States’ involvement in the war is shot with Bay’s typically exaggerated and strikingly vivid style, but Voight’s performance is what saves that style from being laughable.

Oliver Stone has savagely depicted the plight of American presidents on-screen more than once – from Nixon to JFK – but the politically-minded auteur���’s political interest culminated in his scathing indictment of George W. Bush in W. from 2008.

The initial idea would be to present W as a complete clown, and yet actor Josh Brolin lets Bush’s controversial actions represent the absurdity of the 43rd President – instead of being absurd himself. It’s an obvious, but wise decision not to be a simple parody because it lends credence to the notion that Stone’s version was how things actually went down. Brolin’s performance in W. is the right kind of hyperbole, but if you want full on mockery look no further than James Adomian’s George W. Bush from Harold & Kumar Escape from Guantanamo Bay released that same year.

Like Brolin’s Bush, those playing the more controversial presidents usually produce the most memorable performances. By our count, Tricky Dick Nixon has been portrayed about 40 times in feature films ranging from Stone’s biographical take to Robert Altman’s experiment chamber piece Secret Honor. There are a lot of complicated themes to unpack for such a complicated guy. Somewhere in the middle is director Ron Howard’s 2008 adaptation of Frost/Nixon, featuring Frank Langella.

Langella originated the role in the West End stage production of the play Howard’s film is based on, so it’s safe to say the actor knew Nixon inside out. What Langella does is give the controversial Nixon his humanity but doesn’t shy away from the negative attributes that made him such a reviled figure. It’s a warts-and-all approach that works only if you’re as aware of it as Langella.

2. Nick Nolte in Jefferson in Paris

James Ivory’s Jefferson in Paris has the dubious distinction of being that movie the substitute teacher once made you watch in high school history class, but at the heart of this two-and-a-half-hour cinematic history lesson is a killer performance by Nick Nolte before his mugshot made him into a meme. This is purely post-Sexiest Man Alive Nolte acting as Jefferson, the imposing founding father before he became the third President of the United States.

Though Ivory’s approach tends to be too expansive for its own good, Nolte capture’s Jefferson’s steadfast intellectual identity as a man using his abilities to try and change old society even though he could turn around and immediately contradict that inclination. It’s education that entertains and entertainment that educates.

Honest Abe is by far the most popular President in terms of being depicted on-screen. Who is the best of the best, though? Henry Fonda’s was solid in Young Mr. Lincoln, and let’s not forget Benjamin Walker in Abraham Lincoln: Vampire Hunter. But, the best by far is Daniel Day Lewis’ turn in the Academy Award-winning Spielberg biopic Lincoln.

Forget that Lewis is widely regarded as the best actor on the face of the planet and you’ll see a performance of unqualified truth. It could be Lewis’ infamous method acting techniques, or it could be the way he and Spielberg have crafted a look at confronting the assumed morals of a man that many say is unquestionably good. Like real life itself, it’s more complicated than that. Lewis as Lincoln is beyond the neck beard and the stovepipe hat. It’s the closest you’ll get to optimistic living history.

More like this
Entertainment
Sep. 26, 2022
Christian Bale reveals the secrets of his “weird” transformation in Amsterdam
By Jake Kleinman
Culture
Sep. 23, 2022
You need to watch the best legal thriller of the century before it leaves HBO Max next week
By David Grossman
Culture
Sep. 22, 2022
You need to watch the grittiest dystopian movie of the century on Amazon Prime ASAP
By Josh Bell
Related Tags
Share: