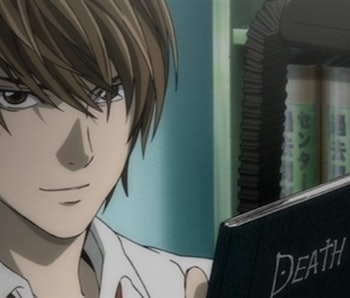 Hopefully now that Death Note will get another round of success with its Netflix live-action debut – and another string of mystery cop procedural anime series will come about.

The genre hasn’t had a ton of contributions that have settled into popular view. Death Note and Case Closed are the first and probably only some of the few that come to mind. There are plenty of action and sci-fi and fantasy and romance anime that all of us can name, but the mystery/crime drama combination never really hit it big among anime fans and creators.

In the west, there’s an over-saturation of murder mysteries, but the same can’t be said about anime. Here, there’s everything from the whodunits Murder, She Wrote and Poirot, to the grittier and gruesome Criminal Minds. In anime, there just aren’t as many as the other genres.

Not that there aren’t plenty of good ones to speak of. Monster, a story of a prominent brain surgeon who elects to save a little boy over the mayor and inadvertently causes a string of murders that suspiciously point to said little boy, and Gosick, which is a cute Sherlock and Watson framed series that stars a young and brilliant girl who is accompanied by her kindhearted assistant as they solve case after case, are both stellar examples of murder mysteries.

The lack of prominent examples deals with two factors: anime is outrageously good with convoluted stories, and the mystery aspect can sometimes be overwhelmed with another genre.

Spiral: The Bonds of Reasoning is initially an anime that would be one to add to the list of great mysteries, but then the good ol’ overly complicated plot comes bouncing in at the end and it falls into the realm of leaving us with more questions than answers. Granted, the manga explains more than the anime, but it sure isn’t a simple solution to the mystery of the Blade Children that plagues the main character. In fact, it’s a little unbelievable, which is unfortunately where quite a few plots tend to stray.

Mysteries – and the solutions to them – are all about un-complicating an initially complicated issue. Having wonky and too complex solutions that leave the audience confused or straining for answers defeats the main purpose of a mystery.

And with Ergo Proxy, while having a grand mystery so solve involving the robots that live with the humans, the sci-fi and drama of the world supersede the nature of the mystery, bringing the focus more on the world-building than the act of solving the puzzle.

But with Death Note’s continued success, even ten years after the anime’s initial release and thirteen years after the manga’s — as with any movie or TV show that does well — other creators learn from that success, and while some falter, others make great works that leave us feeling satisfied that we watched it.

This new batch of fame into a genre that isn’t typically tread with anime will hopefully spur a new host of crime dramas. Movies and series come out together and this is no exception. The Illusionist and The Prestige came out together, Finding Nemo and Shark Tales, as well as Mirror Mirror and Snow White and the Huntman. Next, Death Note will create another for the genre, and we’re crossing our fingers for even more than that now that the series is again being acknowledged for its quality.