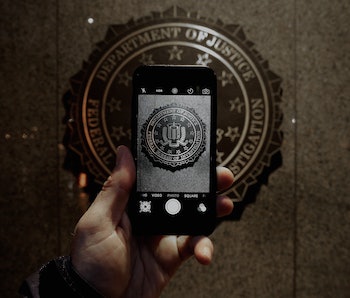 On Saturday, Apple chief Tim Cook told the Washington Post he remains troubled by implications from this year’s Apple vs. FBI showdown.

He was asked whether the case changed his perspective on his job. He said that it had, even admitting that the U.S. government’s coercive behavior “shocked” him:

“There are 200-plus other countries in the world. Zero of them had ever asked this,” Cook said.

Cook remains steadfast in his commitment to Apple’s guarantee of privacy. “Customers should have an expectation that they shouldn’t need a Ph.D. in computer science to protect themselves,” he told the Post’s Jena McGregor. Under Cook’s leadership, then, Apple will continue to stand up as much as possible on behalf of its customers’ privacy. Privacy, as the Founding Fathers decreed, is “an essential part of what it [is] to be an American,” Cook said.

But Cook knows that his company can only do so much, and, he says, he finds the average person’s nonchalance about privacy disconcerting. We constantly spew data out into the world and don’t pause to consider the implications of this behavior. “…All this data sits out there in different places,” Cook said. “I do worry about people not really understanding deeply about what kinds of things are out there about them.”

The next instantiation of Siri will only increase the amount of data out in the world. Yet Cook is confident that new privacy strategies will prevent A.I. from becoming a major vulnerability. In his own words: “There’s a new technology called differential privacy which essentially looks at large data sets to predict user behaviors and requests without going to the precise individual, which might violate privacy.”