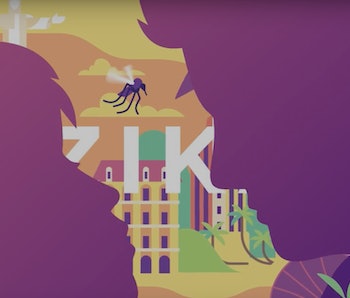 “By providing an alternative to sexual intercourse, we are making an effort to combat this disease head on,” said Corey Price, Pornhub’s Vice President, in a release. “Get ready to put your best O-faces on, for the Olympics of course.”

Still, curbing Zika’s spread during the Games will, like orchestrating the Olympics, require intense collaboration from multiple bodies. The CDC has taken a traditional approach, alerting athletes and travelers of their risk level; others, like the Australian Olympic team, are coming prepared with Zika-proof condoms. If the Oohlympic campaign succeeds in at least raising awareness about the viral loads contained in, well, a person’s load, Team Snapchat should probably get a medal.