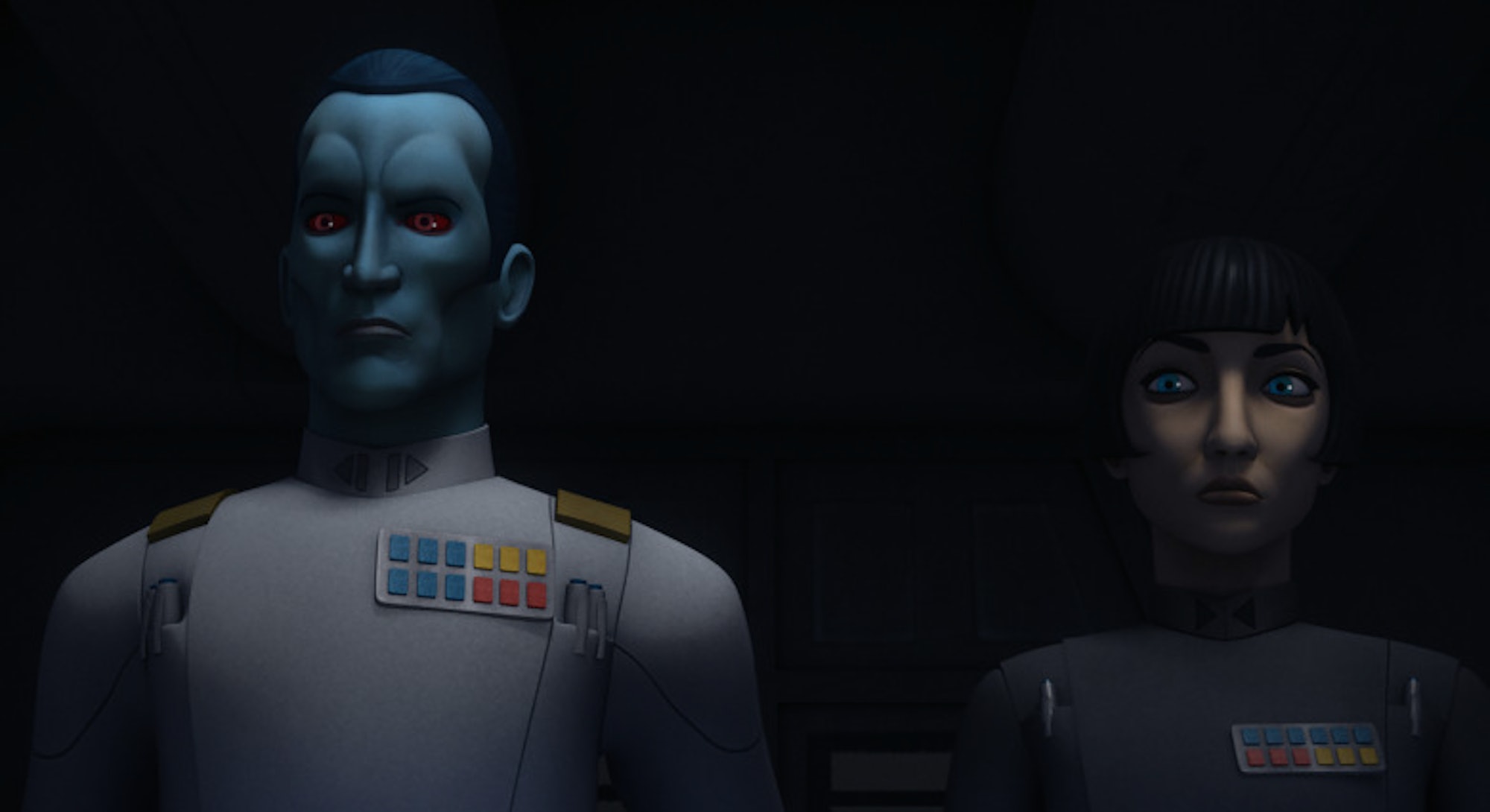 In a preview panel for the third season of Star Wars: Rebels during Star Wars Celebration in London this weekend, it was revealed that the beloved villain from various Star Wars novels is taking his place in official Star Wars canon by showing up in the new season of the animated show. This was immediately corroborated by a video-message from novelist and Thrawn creator Timothy Zahn, who will be writing an in-canon novel simply titled Thrawn, which will presumably reboot the character’s continuity.

But what in the heck does it all mean? Very recently, Zahn went out of his way to say that Thrawn would never show up in canon, but now that’s been totally reversed. We’re told that Rebels and the new Random House books and Marvel comics count as real Star Wars, but in terms of fan perception, is that actually true? When you search your feelings, do you feel like Star Wars has really changed?

Ever since the Lucasfilm Story Group was tasked with sorting out Star Wars continuity in 2013, certain fans have gotten their Jedi robes in a twist over what does and doesn’t “count,” in regard to what really happened in the fictional galaxy, far, far away. Here’s the long and short: all the old stuff was out and the new stuff was in. When this happened, complainers compiled causality lists of favorite characters that were instantly erased from “existence.” Top on those lists was the antagonist Grand Admiral Thrawn, a creepy blue-skinned, red-eyed weirdo who terrorized the galaxy in Timothy Zahn’s 1992-1993 novels; Heir to the Empire, Dark Force Rising and The Last Command.

In these books, Thrawn is a bizarrely artistic villain because he gains advantage over planets he subjugates by studying their culture to the point where he becomes expert enough to notice their sentiments. The way he does this primarily is through artistic appreciation. Don’t believe me? Flip open Heir to the Empire right now: at the very start, Thrawn is chilling out in a “softly lit art museum,” and reveals to his lackey Captain Pellaeon that best way screw people in military conflicts is to “Learn about art…when you understand a species’ art, you understand that species.”

As a species, the majority of Star Wars fans (or at least those with the loudest voices) hold the Zahn books in insanely high esteem, probably because they were the first Star Wars books published that ushered in the flood of 100’s of novels mostly all set in a post-Return of the Jedi continuity. I’d say at least 5 out 10 casual Star Wars fans will tell you the Thrawn books would make a good series of films, even though objectively that’s not true and is just one of those things people repeat. Still, objectivity has nothing to do with how Star Wars fandom works, meaning Thrawn’s inclusion into the new “real” Star Wars canon is a calculated move, very similar to a tactic Thrawn himself would actually employ. Oh, we heard you like Thrawn books? I guess we’ll stick him in Rebels!

In terms of actual artistic merit, we could debate the Zahn’s Star Wars books all day long. Are they good sci-fi novels? Do we remember them through rose-colored glasses? None of that matters. What’s relevant here is that they have influence over a lot of fans, probably because they’ve already influenced the canon of the films. George Lucas named a planet “Coruscant” in The Phantom Menace as nod to fans of the novels. These books and their characters (specifically Thrawn and Mara Jade) have been deified by fans, and if The Lucasfilm Story Group or Rebels showrunner Dave Filoni are studying the art, which the majority of fans tend to shout about, then they’ll always come up with Thrawn. The character is popular because he’s popular. And so now, he’s back.

Obviously, this will be a slightly different Thrawn in Rebels than the Thrawn in the novels. But not substantially. To nerd out a little for second: because those books only take place five years after Return of the Jedi, it seems like various elements of the books could be reverse-engineered into the new canon. In fact, with the impending release of the new Thrawn book, this exactly what the collective Star Wars monster seems to be doing: keep the fans happy by giving them a little bit of what they want, but not too much. This is after all, war!

On the panel, Filoni shot down the idea that Luke Skywalker’s wife Mara Jade (also introduced in the Zahn books) would return, saying “I saw that coming a mile away. No, not likely. You got Thrawn! Remember we got Thrawn? Yay?” At another point, Filoni highlighted the challenge of figuring out all this stuff in a way that satisfies the devout: “See what I have to deal with? Every little thing.” In the battle to win-over the cantankerous fans, people like Dave Filoni, producer Kathleen Kennedy, and director Gareth Edwards will use any weapon at their disposal.

Sometimes this means telling Obi-Wan Kenobi style-lies and sometimes it means bringing back evil outer-space art critics who people believe in simply for the sake of satisfying that belief. Fans could view this as victory in canon to restore their beloved EU novels, or it could be seen as a table-scrap to keep them at bay. And both perspectives are true. Because Obi-Wan said it best when he broke it down to Luke in Return of the Jedi: “You’re going to find that many of the truths we cling to depend greatly on our own point of view.”