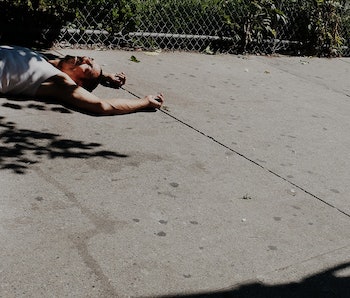 Synthetic marijuana goes by different names: K2, Spice, AK-47, Geeked up, Smacked, Red Giant, Trippy. These names, which mimic the availability of different strands of marijuana, distract from the foremost fact that synthetic marijuana isn’t like marijuana at all. These pseudo cannabinoids are plant material that are sprayed with chemicals and the effects are unpredictable. They are also addictive and can be up to 100 times more potent than tetrahydrocannabinol, the active ingredient in cannabis.

And synthetic marijuana is also on the rise in the United States, according to a CDC report. In “Acute Poisonings from Synthetic Cannabinoids,” released on Thursday, investigators from the Toxicology Investigators Consortium (ToxIC) report that between 2010 to 2015, 456 patients were treated for synthetic marijuana at hospitals and clinics in cities previously determined as at-risk by ToxIC. Of these medical cases, 277 were caused only by synthetic cannabinoids — the other patients had mixed the drug with others, like bath salts. Patients were also overwhelmingly male — 83 percent of the 456 cases were men.

In the first four months of 2015 alone, there was a 330 percent increase in synthetic marijuana-related calls to United States poison centers.

The annual percentage of synthetic marijuana cases also increased in all four U.S. Census regions from 2010 to 2015. The largest overall increases happened in the Northeast — primarily driven by the increase of use in New York City.

While New York City mayor Bill de Blasio made it a crime to sell or produce synthetic marijuana in October 2015 — and in 2015 the NYPD seized $17.5 million worth of K2 products, ingredients, and paraphernalia — it’s still a problem: On Tuesday, 33 semi-conscious people were sent to the hospital from the Bushwick neighborhood of Brooklyn, raising fears that the synthetic drug rooted itself the community. On Wednesday, the NYPD raided five bodegas suspected of selling the drug and found K2.

According to the CDC report, evaluation of patients brought to ToxIC affiliated clinics and hospitals revealed that exposure to the drug causes a range of mild to server neuropsychiatric, cardiovascular, and renal effects. Chronic use can lead to psychosis: For 277 patients who were treated for toxicologic exposure to synthetic marijuana, their central nervous system was the most severely affected, causing some to become delirious, hallucinate, or fall into a coma. Of all the patients treated, three died.

How to stop the flood of synthetic marijuana use is still being debated by industry specialists. In this new report, the CDC argues for “targeted prevention interventions” and “the need for education about the potentially life-threatening consequences of synthetic cannabinoid use.” Others, like New York City councilmen Rafael Espinal and Corey Johnson, argue that the legalization and regulation would help dissolve the synthetic marijuana market — some people smoke K2 because the drug avoids detection on drug tests, unlike marijuana.

It’s also undeniable that one of the biggest motivations for purchasing drugs like K2 is cost — a hit of K2 goes for about $1, making it an easily attainable drug in the lower-income areas where it is flourishing.

Calvin Williams, a user of K2 for 10 years, told the New York Times that he thought the use of the drug was tied to a sense of hopelessness.

“It’s like stress-related,” Williams said, commenting that many users he knew had “no life, no job, no family or friends.”