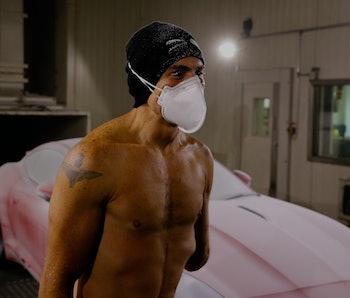 Spending time in a cryochamber probably isn’t going to fix whatever ails you.

The FDA announced on July 5 that Whole Body Cryotherapy hasn’t been proven to have any real effect on the many ailments its supporters claim that it’s able to treat. This latest health craze is probably little more than flash-frozen snake oil.

“Despite claims by many spas and wellness centers to the contrary,” reads an FDA statement, it “does not have evidence that [Whole-Body Cryotherapy] effectively treats diseases or conditions” like Alzheimer’s, rheumatoid arthritis, and other ailments that are difficult to address. It turns out that WBC might actually harm more of its practitioners than it helps.

That was the case for Chelsea Patricia Ake-Salvacion, a spa manager who died in a cryochamber last October, when she entered the cryochamber without supervision and asphyxiated just minutes later.

Yet that hasn’t stopped WBC supporters from trying to spread the gospel about their frozen salvation. The team behind Glacé Cryotherapy managed to convince Shark Tank judge Robert Herjavec to enter their cryochamber in his underwear shortly after Ake-Salvacion’s death.

Something similar happened when developers claimed their apps could detect melanoma. The apps were supposed to save people a trip to the doctor’s office by analyzing a mole and determining whether it was cancerous. But, as with WBC, there was no evidence that those claims were accurate so the government intervened on consumers’ behalf.

The question is whether or not this will continue to happen. People are trained to believe that apps can do just about anything, and that the latest-and-greatest tech products are indistinguishable from magic. If that’s the perspective with which they are told to view technology, who can fault them for thinking that a cryochamber might be able to help them cure their chronic illness or disorder?

There’s no denying that tech has improved medical care. But, for now, it seems like there’s more snake oil being peddled than there are legitimate solutions. And even if these products aren’t actively deceitful, there is too much faith placed on consumer tech products’ ability to make people healthier. It’s not just disingenuous — it’s dangerous.

“The FDA is also concerned that patients who opt for WBC treatment — especially in place of treatment options with established safety and effectiveness — may experience a lack of improvement or a worsening of their medical conditions,” the agency announced in its blog post. The agency suggests that people interested in freezing their problems away should at least talk to their doctors first.

More like this
Mind and Body
8 hours ago
How important is breakfast, really? A health expert explains how to do it right
By Elana Spivack
Mind and Body
Sep. 28, 2022
A new viral cousin of Covid-19 can resist vaccine immunity, study finds
By Miriam Fauzia
Mind and Body
Sep. 26, 2022
Why you shouldn't sleep in on the weekend (sorry)
By Katie MacBride
Related Tags
Share: