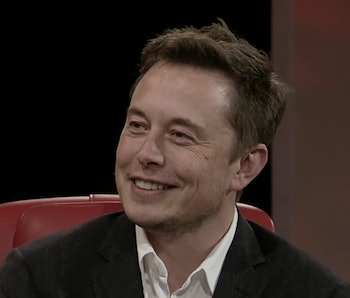 Elon Musk isn’t giving up on Tesla Autopilot. In fact, he’s ready to publicly defend how safe the technology is despite the first fatal crash in May. Tesla didn’t disclose the death of the man, 40-year-old Josh Brown, until June.

A writer for Fortune got into a spat with Musk over email Monday regarding Tesla’s timing in informing the public about the crash. The argument Fortune makes is that the crash affects the value of the company, therefore Tesla should have informed the public immediately after it happened, not nearly eight weeks later.

Rather than focusing on the stock implications, though, Musk touted Autopilot’s safety potential.

“Indeed, if anyone bothered to do the math (obviously, you did not) they would realize that of the over 1M auto deaths per year worldwide, approximately half a million people would have been saved if the Tesla autopilot was universally available,” Musk wrote in an email to Fortune. “Please, take 5 mins and do the bloody math before you write an article that misleads the public.”

An hour after the story was published, Musk took to Twitter to publicly criticize Fortune editor Alan Murray on the basis of the article.

Musk is no stranger to Twitter. He tweets his mind about everything from video games he recommends to Tesla job openings (for Autopilot, nonetheless). Musk’s most recent rant had a bit more fire.

Murray wasn’t the only one to feel Musk’s Twitter wrath today, either. Musk also swung tweets at user Sam Abuelsamid:

The full fallout from the first reported crash using autonomous driving technology is yet to be seen. It was just a question of when it would happen, not if, and the technology will never be foolproof. The discussion of how autonomous vehicles will kill and if they will kill ethically has become a little more real after the public disclosure of Brown’s death.

Regardless of what happens with Tesla and autonomous technology, though, one thing is clear: Musk will put his two cents in over Twitter.

More like this
Innovation
Jan. 25, 2023
Starship orbital flight: SpaceX successfully loaded the rocket with over 10 million pounds of propellant
By Mike Brown and Molly Glick
Innovation
Jan. 25, 2023
Watch: This jail-breaking wireless robot melts and reassembles on command
By Jennifer Walter
Entertainment
Jan. 30, 2023
The Last of Us Episode 3 ending explained: The tragic short lives of [SPOILERS]
By Dais Johnston
LEARN SOMETHING NEW EVERY DAY.
Related Tags
Share: