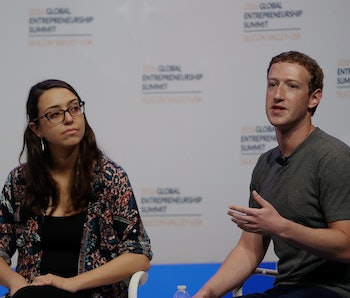 Multilingual families, businesses looking to attract a more diverse audience, and friends spanning the globe will be able to communicate and keep up to date with each other’s lives more easily now with Facebook’s multilingual composer tool, which will allow, for example, Spanish speakers to read post originally composed in English.

The company believes this tool, which was announced for regular users Friday and will come soon to the social media app, will help them improve their machine learning capabilities, which all the major tech companies from Google to Apple are racing to improve to capture the future A.I. market.

“We also plan to use multilingual posts to improve our machine translation training data,” Facebook wrote. “By opening this tool to people who speak less common languages, we’ll be able to build better machine translation systems. This will move us closer to our vision of removing language barriers across Facebook.”

Following an update to News Feed earlier this week, the new tool allows users to compose status updates in multiple languages such that users with specific language preferences will automatically be able to see the message in the language of their choice. That means a post originally written in English will show up in Spanish for users who indicate that’s their preferred language.

“50 percent of our community speaks a language other than English, and most people don’t speak each other’s languages,” Facebook wrote in an announcement post. “Many Facebook Pages have diverse audiences, and Page owners often want to share their messages across a large group of people who speak many different languages.”

The feature auto generates a translation of the original message, but users with a well-rounded knowledge of multiple languages can go in and manually edit the translation from a fairly simple pull down menu.

The multi language tool rolled out for Pages earlier this year and now Facebook intends to port it to regular accounts. Facebook says there are currently 5,000 pages using the function regularly and they receive some 70 million views daily, and of these views, 25 million are viewed in one of the post’s secondary languages. By any metric, that’s 25 million people who likely wouldn’t have been reached otherwise.