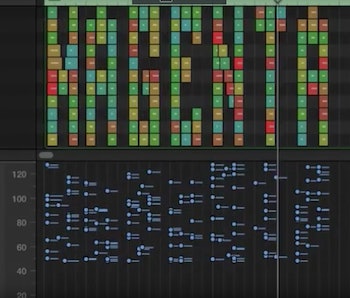 No machine intelligence has ever created something that looks like real, original art.

Enter Magenta, the project launched today that will teach an algorithm how to create something new, beautiful, and human.

Developed by the Google Brain team, Magenta is at its most basic trying to create algorithms that can make art. And not just recapitulate old art, but original works. Alongside the new tools it’s trying to build, Google wants to build collaborations with artists and coders around these algorithms to create something new.

Exactly how Magenta is going to do this is still unclear, but it will involve some iteration of the algorithms used in speech recognition, translation, and image recognition says Douglas Eck, a researcher with the Google Brain team. These algorithms use a process called deep learning, which mimics how the human brain learns.

In deep learning, the algorithm is exposed to a huge volume of information, like thousands of images. As it progresses, it slowly learns how to make connections between them. A now-famous example of a deep-learning algorithm is DeepDream, which learned how to identify and enhance what it saw in images.

Magenta is going to start with audio and video algorithms, according to the project announcement. And while generative music algorithms exist, writes Eck, the programs build sequences of notes that lack a true artistic element. What will make Magenta unique is that the project is going to attempt to teach machine intelligence how to build in both surprise and a narrative arc to create art.

To do this, the team is posting all of their software on GitHub for other coders and developers to look at. Everything is being developed on TensorFlow, Google’s giant open-source code library for machine learning. Once the Brain team has some operating base tools, they will open up the project to outside collaborators.

And by collaborators, they don’t just mean artificial intelligence researchers and coders — Magenta is for artists, musicians, and curious enthusiasts as well. It’s the “if you build it, they will come” model, so Magenta will learn from creative people how to make art. This is key, because as deep-learning programs evolve, they can receive different levels of human guidance to alter the connections that they make. By interacting with artists, Magenta has a better chance of creating art than by learning in isolation.

So while the Brain team works, we just have to figure out how we define art, and what it means if lines of code can create it.

This song was created using Magenta, by Eck, who worked on Google Play and music performance modeling before joining the Magenta project for the Google Brain team. Turn it up: