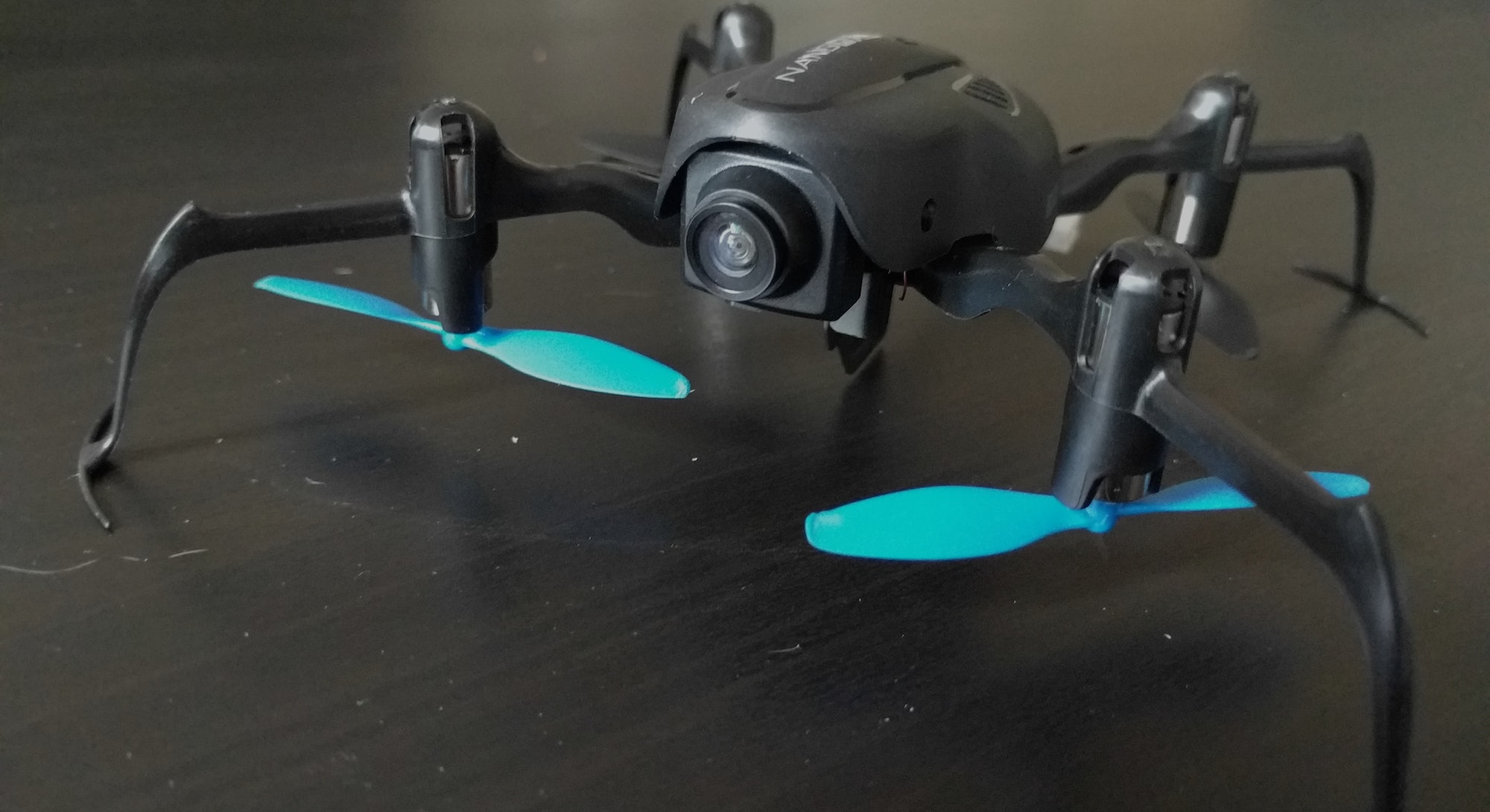 Flying a racing drone is kind of like being drunk in Grand Theft Auto. The thing you’re controlling is incapable of walking straight, and if you let go of the controller completely they flop to the floor and run into moving cars. Oddly, the best recourse is to get in a car and go as fast as you can down the highway, hoping your character’s drunken movements just get you scratched instead of killed. That’s what flying a racing drone for the first time is like — sometimes it’s best just to go fast.

Now is a good time to mention that no one should drink and drive in real life, but the GTA version is an apt comparison for my recent flights with Horizon Hobby’s Nano QX2 FPV drone.

Drone racing, for those unfamiliar, could be described as a tech nerd’s best chance of living out an extreme sports fantasy. Small, fist-sized, spider-like drones fly through obstacle courses with extreme agility and speed while their pilots control them through a video headset transmitting the first person view of the flying craft. The International Drone Racing Association, which just signed a contract to broadcast the sport on ESPN, has dubbed it the next skateboarding.

Horizon Hobby claims its QX2 drone is the most user friendly and affordable drone for a casual enthusiast to dip their feet in drone racing before shelling out for the big bucks required to maintain the hobby. The QX2’s top speeds don’t reach the 70 miles per hour mark that professional drone racers expect, but that means it’s slightly easier for a beginner to try. For the full package, the QX2 will run you about $450: $160 for the drone, $90 for the controller, and $200 for the headset.

The company’s claims are mostly true, but the QX2 package is more of a starter kit to train for the big times rather than something you fly every once and a while and pick up right where you left off. If you don’t want to sink $450 into professional-level practice gear, the Autonomous Drone Project, should have a $200 package for a more casual, backyard experience later this year.

Once you get behind the headset and controls of the QX2, it’ll hook you. The speed and agility are incredible, but the technology at time seems as if it’s sadistically trying to deny you its basic pleasures. The drone’s batteries only give you six to eight minutes of continuous flying time. To be fair, that time is extended with frequent landings (read: crashes), but extra batteries are still great to have.

First person view is both very cool and totally necessary. If you’re trying to fly the drone without the headset, the controls stop making any sense as soon as you turn the first corner.

Here’s what it looks like from inside the goggles, from another YouTube user flying it inside their house. The feed isn’t high-definition, because the FPV camera uses an analog (antenna) transmission to link to the goggles (a digital video feed would have lag, which is bad when you’re flying something very small and fast).

Side note: if you have glasses, you’d better order contacts or give up on your drone racing dream now. I was incredibly stupid and attempted to place the goggles loosely over my glasses and wound up breaking my frames. Although I couldn’t see where I was flying without my glasses and felt even more nauseous than I likely already would have, it was still so much fun that I couldn’t stop flying.

Drone racing is just as much fun as it looks from the videos online, but it’s 1,000 times harder than it seems. As soon as the drone gets in the air, it starts slowly moving in one direction. Getting it to simply hover is a pain — the Spectrum DXe controller has little switches to adjust or trim the drones center to help it hover, but it’s never perfect.

I should also note that the first drone I received had some wiring problems and ended up smoking and nearly catching on fire in my apartment. Horizon Hobby sent me another drone and since then I’ve had no problems, other than my own incompetence.

I started with lofty goals such as wanting to do a flip, but since then I’ve resigned myself to simply trying to make it from the living room to the kitchen. I learned the only thing to do is just go for it, and know you’re going to hit every wall, floor, ceiling, and cat in your home. But by the end, you might have learned enough to not completely obliterate the next one.