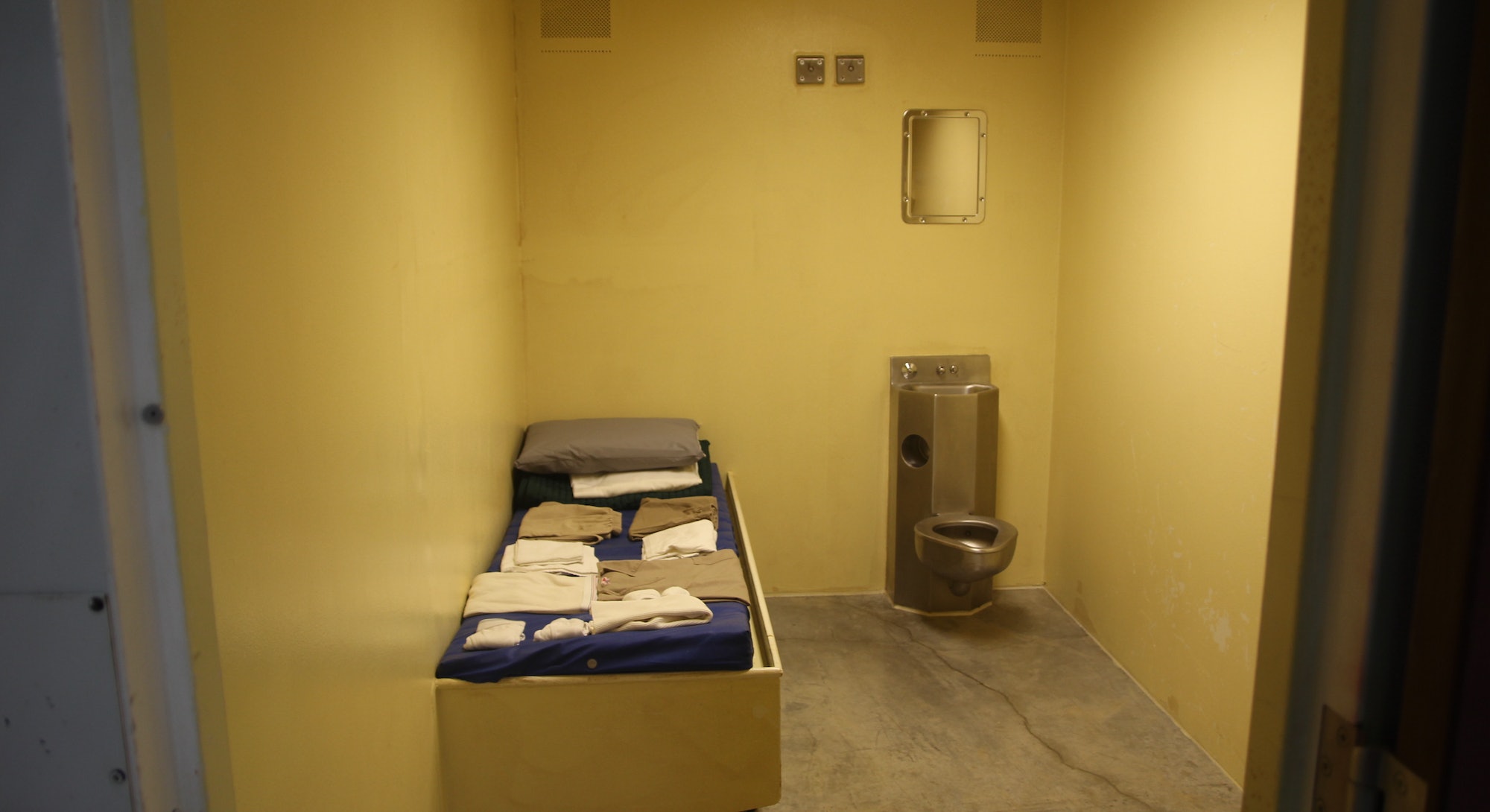 The cliché is drilled into our heads from an early age: Those who are ignorant of history are destined to repeat it.

The Commander of the Joint Task Force at Guantanamo Bay, Cuba, however, feels differently. Admiral Peter Clarke doesn’t require his incoming guards to learn about the history of torture and detainee abuse at Guantanamo Bay, or how policies that originated at Guantanamo were exported to U.S.-run prisons in Iraq and Afghanistan.

The guards at the detention facilities here receive training at their home station, followed by an additional six weeks of specialized instruction at Fort Bliss, and two weeks of shadowing the outgoing guard units at Gitmo. The guard force is made up of full-time soldiers, as well as Army reservists and members of the National Guard. Neither of the two officers in charge of Camps 5 and 6, where the majority of the 80 men here are held, work in the prison system in their civilian lives.

That might be because recent history is entangled in a seemingly endless legal battle as lawyers for Khalid Sheikh Mohammed, commonly known as “the principal architect of the 9/11 attacks,” say evidence that shows he was tortured was destroyed after a military judge colluded with the prosecution. The prosecution has clapped back, saying it’s an effort to discredit the judge. The proceedings have been likened to a “schoolyard brawl.” In short: it’s a mess.

Still, some experts questioned the decision not to include the history of torture and mistreatment in the training period. “Many of the detainees who remain at Guantanamo were themselves abused by U.S. forces, either in Guantanamo itself, in Afghanistan, or in CIA black sites,” said Katherine Hawkins, Senior Counsel at the Constitution Project. “They certainly won’t have forgotten that history. Their guards should know it too, and understand the importance of avoiding any repetition.”

The administration of President George W. Bush began sending detainees in the global war on terror to Guantanamo Bay in January of 2002. For the first three months, the men were held in outdoor cages in an area of the base called Camp X-ray. Many of the images of men in orange jumpsuits surrounded by fences remain the lasting impression the world had of Guantanamo.

“We treat everybody — our fellow soldiers, our family members, our civilians and detainees, with dignity and respect.”

When asked about the training program, Colonel David Health — whose role here is roughly that of a warden, said the stress is on the present, not the past. “It focuses on current operations and expectations. Standard operating procedures that I have written,” said Heath. “I instruct the guards — I meet with every soldier — not individually, one-on-one, but every unit that comes here I and my sergeant major — and personally talk to them. One of the things I emphasis is that we treat everybody — our fellow soldiers, our family members, our civilians and detainees, with dignity and respect.”

In late 2015, a reporter for Rolling Stone took a media tour of Gitmo and was told by a military handler that they had learned about some of the history of abuse from their instructors. “They told us about Abu Ghraib during training,” an unnamed sergeant told Rolling Stone. “The one thing they kind of hit on over and over is ‘Don’t take pictures.’” (Warning: Link has graphic images.)

The decision not to teach the guards about systemic implementation of harsh interrogation techniques and torture largely fits the narrative President Barack Obama has followed since taking office. “We need to look forward, as opposed to looking backwards,” he said in 2009 while still president-elect when asked about whether Bush administration officials should be prosecuted in criminal court.

Indeed, the Department of Justice ended its investigation into what was officially called the rendition detention and interrogation program run by the CIA without bringing charges against any top or mid-level officials.

Members of the Senate Intelligence Committee researched and wrote a long-delayed report on detainee abuse, some of which occurred at Guantanamo Bay. (The detainee librarian recently rejected a donated copy of the Senate report, on the grounds that it contained military information.)

When the Senate finally released the report, only the unclassified summary was made public. The full, 6,000-page version remains hidden from view.

Beyond that, even many government officials who have access to the report haven’t read it.

“Eighteen months after receiving the Senate torture report, most executive branch agencies have not even opened it-despite repeated requests from Senator Dianne Feinstein to use the full report to ensure the United States never repeats its post-September 11 experiment with torture,” The Constitution Project noted in a recent statement.

“At least one copy — the version sent to the CIA’s Inspector General — has been destroyed, and not replaced.” Some of the most gruesome details shocked people across the world. Reports that detainees in CIA custody were subjected to “rectal rehydration and feeding” were particularly horrifying.

The lack of education about what’s generally regarded as one of the darkest periods in recent American history is especially troubling given the rhetoric put forward by presumptive GOP presidential candidate Donald Trump. Among other things, Trump has promised to bring back torture, including waterboarding “and a hell of a lot worse.”

Trump has promised to increase the population at Guantanamo, a position shared by many of his rivals for the nomination and some Republican members of Congress. He has also called for the intentional killing of family members of accused terrorists, a war crime under international law.

Questions about how the United States will hold detainees in the continuing war against al Qaeda and ISIS have popped up again as Iraqi and Syrian military forces have approached the ISIS strongholds of Mosul, Iraq and Raqqa, Syria.