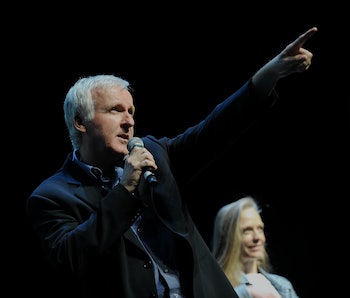 James Cameron made news a few weeks ago, and as always, his name provoked strong reactions from movie fans.

During Fox’s up-front presentation, the filmmaker announced that he was planning four Avatar sequels, and intended to shoot them all concurrently. Fans and critics were flummoxed: Where does this guy get off making four (four!) sequels to a movie that many think only became box office champ thanks visual effects that have now been far surpassed?

What the haters forget about Cameron’s sequel-happy announcement is that James Cameron is the guy responsible for some of the best sequels of all time.

Not that his originals are anything to disregard; the hate for Avatar is just misguided. The gripes against it don’t seem to hinge on whether the story actually deserves to be continued or not, but rather the relative worth of the first movie in the first place. The most high profile argument sparked by Cameron’s recent sequel announcement, as highlighted by a typically impudent Deadspin post, is the fact that Avatar apparently has no memorable lines despite its box office supremacy.

Besides being hopelessly reductive and stupid, the argument conflates worthiness of success with worthiness of nostalgia. More specifically, for something to be iconic doesn’t mean it needs to have memorable lines. Plenty of shitty action movies have iconic one-liners, but it doesn’t mean they should be classics. And an equal number of classic films have an established notoriety as being among the best movies of all time without having notable quotables. Vertigo is considered by some to be the best movie ever made, but can you quote a single line from it?

Unlike some other films that wound up getting sequels, Avatar’s story lends itself naturally to a revisit. The saga of the Nav’i people isn’t yet over, and because Avatar is the highest grossing movie ever, its continuation is inevitable, whether or not you can remember its dialogue or not.

Piranha II8 — his debut feature, which he disowned — notwithstanding, Cameron is the mastermind behind some of the most beloved sequels of all time, including Aliens, Rambo: First Blood Part II, and T2. They may not have The Godfather Part II-levels of cinematic significance, but they’re sure as hell the kind of memorable escapist entertainment that Cameron has built his career pulling off again and again.

Cameron knows to avoid the cardinal sin of movie sequels: being unoriginal. The reason Cameron’s sequels resonate more than the normal franchise cash-in is because he’s well aware that a filmmaker should honor what came before while progressing the story in a different way.

First Blood was a cautionary tale about PTSD among Vietnam vets that just happened to star a post-Rocky Sylvester Stallone. Instead of concocting another battle-ready standoff, Cameron, who had screenwriting duties on First Blood Part II, recognized Stallone as a beefy American icon whose story could be cased in serious social issues. Hence the upped amount of explosions and firepower in the beloved sequel. When you think of Rambo, you think of Cameron’s work with its characters.

The same goes for his characterization of Ripley in Aliens. A mere space trucker in the original, the lowly tagalong-turned-badass-warrior is straight out of Cameron’s playbook of repurposed action war movie that enhanced the original’s horror genre tendencies. Aliens was completely different from Ridley Scott’s Alien, which was off-putting for some expecting more of the same, but it’s amplified outlook is even more unforgettable.

Nowhere is Cameron’s tendency to subvert stories to the benefit of a sequel more prominent than in Terminator 2: Judgment Day. It may not seem like it now, but turning the ultimate villain killing machine into the good guy was an incredibly audacious move in the world of early ‘90s blockbuster filmmaking. Cameron totally flipped Arnold Schwarzenegger’s iconic role, creating a scenario akin to Darth Vader throwing down his red lightsaber and becoming a do-gooder Jedi again. Cameron’s sequel was a new perspective, and it was exciting and fresh. But most of all it was unexpected, and audiences should anticipate the king of sequels to do something similar with his Avatar saga.

Part of the aversion to Cameron is his fearlessness, and the uncertainty that brings. But he’s earned the right to make gigantic proclamations like multiple sequels. You would too if you were responsible for the two highest-grossing movies ever. But everyone up in arms over the sequel to Avatar should just rest easy. Expect the unexpected.