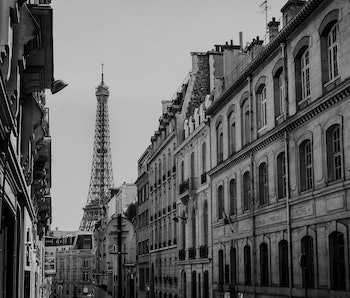 Back in December, 196 countries agreed to the Paris Climate Compact and set today, Earth Day 2016, as the first day nations could officially sign and ratify the pledge.

Not only were each of the first three months of 2016 the warmest on record for January, February, or March, but the three months together constitute by far the warmest start to a year on record. In fact, we have now seen 11 record hottest months in a row. And if 2016 beats 2015 for hottest year, which experts are already predicting, it would join 15 of the 16 years since 2001 in the record books.

Whether it’s because of the ongoing refugee crisis linked to the droughts and war in Syria or just the astonishing fact that every month since the agreement has been the hottest on record, the world’s leaders are flocking to add their nations to the list of signatories. More than 160 countries, including the United States, China, and Canada are expected to join the largest international climate coalition of all time today, committing themselves to limiting the planet’s warming to “well-below” 2 degrees celsius.

Criticism abounds that the climate deal does not go far enough in requiring nations to reduce their carbon output. The international goals are fairly well defined: 2 degrees of warming is the absolute maximum allowed, with 1.5 degrees as an ambitious goal. These commitments amount to an international pledge to reach a carbon-neutral economy by the middle of this century. The only issue is that with at least 160 partners, it’s not clear exactly what steps each nation has to take to produce the proper international aggregate.

In addition to being the first day nations can sign the agreement, today is also the first day countries can submit their “instruments of ratification” with the United Nations. Only about 10 nations are expected to have their ratification ready for the gathering today, a low but still encouraging figure. The original agreement provides a full year for countries representing at least 55 percent of the world’s carbon emissions to ratify the commitments or the compact does not go into effect.

The success of the early months of the Paris agreement should also not be confused with genuine accomplishment. And if the issue did not seem urgent enough, the last couple months should emphasize the importance of this kind of deal.

And the new year poses new problems for the Paris agreement. While 2015 was around 0.83 degrees warmer than the historic average, 2016 looks like it could be as much as 1.2 degrees hotter. That kind of jump would immediately put the Paris goals of 1.5 and 2 degrees of warming in our sights, and it’s possible the agreement does not do enough to ensure the planet stays within those margins. Any international oscillation or defection from a major partner due to, for example, the election of a climate change-denying president, could throw the entire agreement into jeopardy even if it does officially march past its threshold to take effect.

Even when the United States signs the Paris agreement today, the question remains whether we will actually ratify the pact. The last time the world’s nations set climate change goals in Oslo, the United States signed but never ratified the plan. Perhaps we owe our negligence to our cozy position away from the baking global poles or the remarkable heating of Asia and Africa. North America has experienced consistently warmer, but relatively mild temperatures over the past few years compared to the rest of world.

It’s hard to say whether the Paris agreement is strong or weak, whether it will succeed or fail. That’s up to us and 195 other countries. The work, though, begins today.