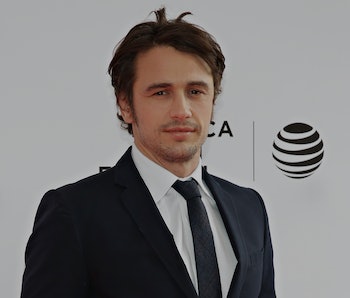 James Franco is gay. Or maybe he’s not. Or maybe he’s both? In an interview with New York the 38-year-old actor described himself as “a little gay,” which left a lot of people thinking, “huh?”

The thing is, sexuality isn’t a black and white thing. “Straight” and “gay” are difficult terms to label people with, because not everyone feels exclusively like they belong in one group or the other all the time, or even some of the time. Fortunately, there’s a better way to describe sexual orientation — the Kinsey scale.

In the late 1940s, the biologist Alfred Kinsey published two books on human sexuality, Sexual Behavior in the Human Male and Sexual Behavior in the Human Female, collectively called the Kinsey Reports. Among a whole bunch of other findings, Kinsey also studied people’s responses when he asked them to put their sexuality on a numbered scale, with 0 being exclusively heterosexual and six being exclusively homosexual. People who are asexual can respond with an X — the famous character Pee-Wee Herman was portrayed as asexual in the less-sexually accepting ‘80s (his character has been allowed to explore his queerness in Netflix’s present sequel). The numbers in between range from “predominantly heterosexual, but incidentally homosexual” to the opposite, with three being “equally heterosexual and homosexual.”

The Kinsey scale isn’t perfect — later studies have asked the same question on a ten point scale, giving the spectrum a bit more nuance. In reality, gay and straight can’t really be codified by solid numbers. Sexuality is a fluid, shifting part of people’s identities that also has nothing to do how they identify their gender. Some people think the later, more complex Klein Orientation Grid is a better way to measure sexuality, as it has far more variables than just “how straight or gay are you,” and dives deeper into sexual attraction and sexual behavior — for example, I identify pretty far over on the heterosexual side of the Kinsey scale, but watching Brad Pitt in his mid-2000s Fight Club peak still makes me feel a little funny.

Franco’s probably hovering somewhere around the middle of the spectrum, but again, that’s not really for other people to decide. He has a complicated relationship with his sexuality, once having his straight self interview his gay self in a magazine and even using his sexual fluidity as a marketing tool. Regardless, Franco told New York’s Jerry Saltz that he doesn’t think it should really be an issue.

“There is a bit of overfocusing on my sexuality, both by the straight press and the gay press, and so the first question is why do they care?”

We care for a lot of reasons, mostly because sex and sexuality are phenomenally interesting. In the U.S., teenagers are becoming more and more comfortable expressing themselves outside of a sexual or gender binary. Celebrities (like Game of Thrones’s Maisie Williams) are just the most visible example of this, but it’s safe to say that the world is slowly realizing it’s a little bit gayer than everyone thought — and that it probably was “a little gay” all along.