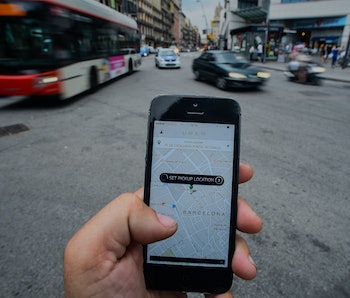 Uber will no longer use phrases in its advertising such as the “safest ride on the road” or describe its background checks as “the gold standard,” following a $10 million settlement between the ride-sharing company and the District Attorneys of San Francisco and Los Angeles.

The settlement checks the company on misleading advertising it has circulated regarding the safety of its rides as well as its practices around California airports.

While Uber still touts its safety standards, hyperbolic or puffery advertising claimed the company was far superior in safety than past experiences would suggest.

The ride-sharing company has resisted implementing the method of fingerprinted background checks, which are required of most U.S. taxi drivers, opting instead for background checks that match driver’s names against court records.

In February these checks were put to the test when police in Kalamazoo, Michigan, arrested and convicted Jason Brian Dalton, who fatally shot six people while picking up passengers for the company. Joe Sullivan, Uber’s chief security officer, said then that the taxi standard of background checks wouldn’t have prevented this incident because Dalton had no criminal history.

Still, Uber acknowledges that its service can never guarantee safety.

“No means of transportation can ever be 100 percent safe,” Uber writes in a statement. “Accidents and incidents do happen. That’s why we need to ensure that the language used to describe safety at Uber is clear and precise.”

The terms of a class-action lawsuit settled in November will dictate the appropriate fees for consumers.

On Thursday, ride sharing company Lyft failed to secure the terms of a settlement regarding the contract worker status of hired drivers. Uber faces a similar lawsuit, with a trial set to begin in June.

The Superior Court of California agreed to Uber’s terms Thursday, which has the company paying $10 million to Los Angeles and San Francisco counties over the next 60 days and will require an additional $15 million if the company does not comply within two years.

“We are pleased that Uber has agreed to comply with state consumer laws,” District Attorney Lacey says in a statement. “With this settlement, the ridesharing company has pledged to communicate honestly about its driver background checks and airport fees, important steps to protecting the residents of California.”