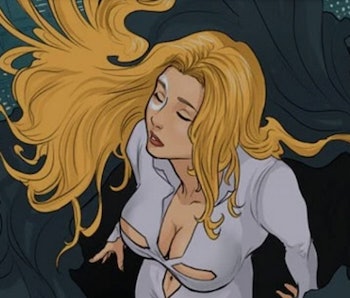 In another move tailored to its devoted millennial viewership, ABC-owned Freeform is venturing into new Marvel territory. The premise of the network’s green-lit series Cloak and Dagger is an interracial relationship between two teenage superheroes, Tandy Bowen and Tyrone Johnson, who must simultaneously contend with their budding superpowers and their blooming romance.

If the title roles look like anything like the comic book duo, who appear in classics like Spiderman, Runaways and X-Men, Tandy is an outspoken blonde girl who can shoot light daggers, and caped African-American phantom Tyrone engulfs his foes in total darkness. Although Cloak and Dagger recognizes that Tandy and Tyrone live in a complicated world — further complicated by their feelings for each other — they realize that together, they are the ultimate power couple. Their combined superpowers working as a single force is definitely greater than the sum of their parts.

Freeform’s first Marvel series Cloak and Dagger arrives on the heels of similar Marvel TV shows from ABC including Agents of S.H.I.E.L.D., Agent Carter, plus Mockingbird-inspired Marvel’s Most Wanted, and a secret John Ridley Marvel project in development. As of yet, there has still been no official announcement about the writer of the series, but stay tuned.