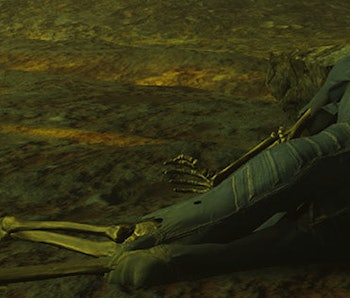 The Fallout games have been known for a variety of iconic things: ranging from the infamous Vault Boy to the life-ending Deathclaw. Each of these small pieces is a valuable part of the Fallout formula that constructs those massive worlds Bethesda is known for. So when a few of these parts were changed for Fallout 4, many started to ask questions.

One of the biggest changes was in the dialogue foundation — Bethesda created a fully-voiced protagonist alongside a new dialogue system, similar to that of Mass Effect or Dragon Age. Functionally and form-wise, the results were fantastic. But something in the content was missing.

The problem here? Bethesda kept the exact dialogue from the players when it came to choosing their responses, which led to many instances where players would choose an option to get an entirely different response from their character. It’s a frustrating thing to experience coming from previous installments in the franchise — when you had absolute control over your character’s dialogue, especially considering how quickly the tone could change in conversation. Granted, some dedicated modders worked hard to fix it by returning the system to the traditional full sentence model, which worked quite well.

The modding project didn’t’ fix the lack of dark humor in Fallout 4’s dialogue however, which is a critical piece of the franchise this game seems to be missing.

These specific moments of dialogue have been one of Fallout’s biggest underlying themes are a franchise, often providing some sort of context for the horribly messed-up experiments and practices the game references within its post-apocalyptic world. Take one of my favorite quest lines from Fallout 3 for example, where Moria Brown hires you to go out into the wasteland and do horrible experiments in the name of science. Nothing quite beat her dark sense of humor or the dialogue choices you could cough up as the player character in response to her ridiculous requests. I mean, who wants to go run through a minefield for the sake of experiencing it?

These questionable, comedic moments have always been at the core of the franchise. While Fallout 4 does have its fair share of funny moments – nothing feels quite the same as the many moments encompassing the craziness exemplified by stories from individuals like Moria Brown, which is something the game suffers for. Unfortunately the first chunk of downloadable content Automatron didn’t help deliver the robotic humor I was hoping to see return from content like Fallout: New Vegas’s Old World Blues, but it’s still a possibility with future pieces of DLC coming this year.

While a more serious tone isn’t a bad thing to add to the commentary surrounding Fallout as a franchise when it comes to the many twisted experiments and social encounters – it doesn’t mean that the franchise has to take a stand against the dark humor entirely, especially considering how integrated it is in the previous installments. If anything, Fallout 4 would benefit heavily from an expansion bringing the humor back to the forefront similar to what Fallout New Vegas did with Old World Blues.

With a few more expansions remaining on the season pass and the success of the first piece of downloadable content being a decent start, a return to the focus of humor is something Fallout 4 could benefit highly from in the coming months.