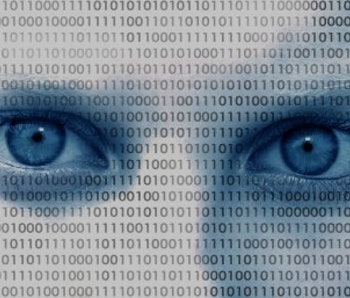 In 1997, NASA researchers came up with the phrase “big data” to describe the processing of high volume information by supercomputers. By 2008, big data was hyped as an unprecedented tool capable of solving the problems that plagued science, education, technology, and — mostly, if we’re to be honest — business. But in a recent paper published in Australian Social Work, academics warn that we may have become too reliant on using big data as the means to cure social ills.

While big data has brought new insight to the delivery of social services, University of Queensland researchers Philip Gillingham and Timothy Graham argue that those who utilize big data — like governments — aren’t being critical and cautious enough with the information. The massive scale of the issues that big data is being applied to means that subjective judgement, errors, and inappropriate responses could make for tragic results.

“You could match the data of homeless people and say a large number are alcoholics, so that they could be targeted with alcohol rehabilitation,” said Gillingham in a press release. “But what caused their situation is never uncovered. We need to ensure that we aren’t going to waste resources and insult and stigmatize groups of people.”

Gillingham uses New Zealand as an example, where government officials had previously considered using big data to predict the likelihood someone would be a child abuser. Holes in the data, the potential of misjudgment, and the realization that big data didn’t actually provide much more insight derailed this plan, but if it had continued, the results could have been disastrous.

“Existing tools already tell us the most likely perpetrators, without spending millions of dollars,” says Gillingham. “The phenomenal cost — and whether that money could be better spent on services — is something that is quite often overlooked.”

While Gillingham and Graham share the perspective that cash should be spent on the people who currently need it most, there is increasing investment on big data as a preventative measure. Institutions like Harvard and the University of Chicago have departments and initiatives designed to train young data scientists to use big data to solve the problems that affect health, energy, public safety, and international development. For example, researchers within Harvard’s Engineering Social Systems program are attempting to use big data taken from market prices, drought frequency, and regional production rates to predict when rural Ugandans may experience a food crisis.

The most famous example of big data use is the NSA’s collection of information for surveillance purposes. But the government also incorporates big data analytics into its National Education Plan and its implementation of the Affordable Care Act.

However, the most recognizable use of big data for the everyday person is probably advertisement — every time you log onto Facebook, for example, you’re bombarded with targeted advertising that firms cultivated through bid data collection. This too, according to Gillingham, is a problem that results in wasted dollars. In a more personal example of waste, Gillingham relays how he exhibits characteristics that could be associated with people who like golf, so he is “constantly bombarded” with mail and online advertisement for golf supplies. But in reality, “the actual truth is that I hate golf,” he says. Predictive modeling here just led to money that might as well been thrown into the garbage.